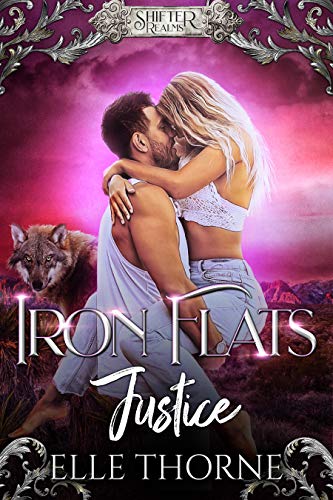 Maisie Malone’s got a problem. It started out at 22 and inches, 8 pounds, 12 ounces. It’s grown to 30 inches and 21 pounds. She doesn’t consider it much of a problem at all. More like a blessing. But she’s not the only one who wants this bouncing baby boy in her life. He’s got a grandfather with a hell of a mean streak and enough money to buy practically anyone. And said grandfather wants no loose ends. To make matters worse? The bouncing baby boy has fur and growls.

A semi-retired bodyguard turned bounty hunter, Judd Walker would just as much rather be left alone in his cabin on the outskirts of Crooked Arrow Ranch as he would keep company with anyone. But hey, even a solitary wolf shifter needs to bring some money in once in a while. So when Paul MacIntosh offers him an ungodly amount to find his missing grandson and bring him home to Bitter Hollow, Judd has no problem accepting the job. How hard can it be to bring a one-year-old little boy home?

Judd didn’t count on the tenacity and protectiveness of a mother. Even a human mother. He also didn’t count on Paul MacIntosh having a hidden agenda, one which did not include Maisie Malone breathing.