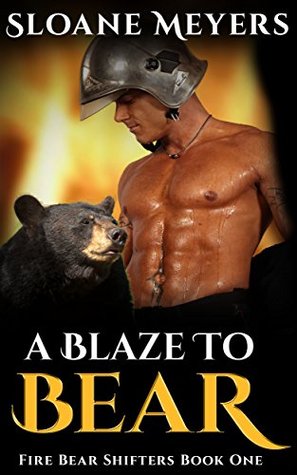 Charlotte Moore has nothing to prove. As one of the only female smokejumpers in the nation, she’s already shown that she has what it takes to keep up with the elite big boys of firefighting. But when a reassignment lands her with a new crew of aloof smokejumpers who have a strange secret, she finds herself second-guessing whether the headaches of being the only woman in an all-boys club are worth it. To complicate things further, she can’t keep her mind off of the gorgeous crew chief.

Ian Reed has a crew to protect. As alpha to a clan of bear shifters who have lost everything important to them, the last thing he wants to deal with is a nosy new woman joining their crew. Especially a woman who makes his heart beat faster every time she’s within fifty feet of him. Ian knows he should push to get her reassigned somewhere else before she discovers that his men are hiding bears within them, but he can’t bring himself to let go of the most beautiful woman he’s ever seen.

Will Charlotte see past Ian’s unfriendly exterior to his compassionate heart? And can Ian trust Charlotte with the truth about his crew?

Read on for my thoughts on A Blaze To Bear.

Ian and his team of smoke-jumpers are more than a working team, they are their own unique bear shifter clan.  These men have survived the destruction of their original clan and as the only survivors have banded together as a new clan with Ian as their alpha.  As adults they’ve been through a lot together, but now they’ve been assigned as a group to one smoke-jumping crew.

The trouble begins when a new crew member is assigned to them.  A woman who is a skilled smokejumper but also is an outsider who may expose the fact that they are shifters to the wrong people.  It doesn’t help the situation when Ian is attracted to Charlotte and recognizes her has his lifemate.

A Blaze to Bear is an intense, interesting beginning to a new series by Sloane Meyers.  These bears have their own uniqueness, their own history and their won troubles.  In time we will have each of the clan’s stories told to us.  But for now Ian’s clan is adjusting to a new member both professionally and ass a human within their clan as their alpha’s lifemate.  Every author’s shifters have their own uniqueness, and these bears are no different.

I enjoyed this story very much.  Sexy, steamy where it needed to be and a solid story throughout.  I look forward to following the rest of the men’s stories and hope that they find their lifemates as well.  Perhaps not quite so easily but happily at least.

(This title was originally reviewed on my Haunted Bookshelf blog.  Because I wanted all of my shifter reviews to be in one place, this review has been brought over to Shifter Haven.  Both were written and created by me.)