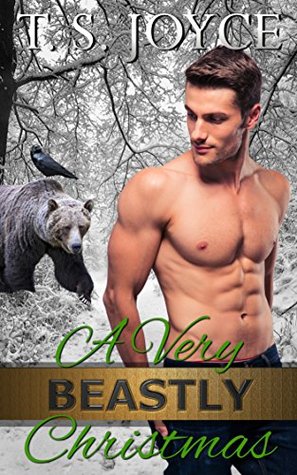 Easton has been trying so very hard to keep his beast under control, and with his love Ana at his side he is slowly loosing that “Beaston” name.  But now something is wrong with Ana, she’s hiding something from him – he can tell.  His biggest fear that he’s done something wrong is coming true and his control is slipping.

Ana is keeping a secret from her love.  It truly is a wonderful secret, but she’s afraid that Easton won’t feel that way once he knows the truth.  She has to tell him, she’s waited too long as it is – now she can only hope that their love is strong enough for what their future holds.

A Very Beastly Christmas was the absolute best Christmas reading gift I got.  To finally see the future for one of my favorite characters, and to see it as shiny and bright as it will be was such a treat.  There were moments in this story where I had to stop reading for a moment as my eyes were too bleary from happy tears.  Yeah, it was that good.  It’s very easy to guess what all the excitement is about… and one of the last scenes in this story will simply grab your heart.

One of the best gifts, definitely.  No matter what time of year, if you’ve followed the Gray Back Bears and haven’t yet read this Christmas tale I would encourage you to do so, and soon.  A loving touch, a special surprise for a man who has been through so very much to find his happiness with his Ana and now their future.  Priceless.

Absolutely recommend this Christmas tale for anyone who loves a truly happy ending.