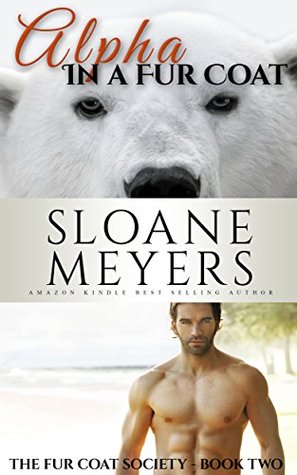 Sometimes, you wait until your whole world is falling apart to give love a chance.

Grizzly shifter Storm Williams has fiery alpha blood running through her veins. As the daughter of an alpha shifter, she’s grown up with a stubborn streak—and she’s used to getting her way. So even though her alpha friend Grant is gorgeous, she’s not falling for him. She doesn’t want anyone bossing her around, and alphas are about as bossy as they come. But when Storm discovers that a plot to get rid of shifters is closer to reality than anyone thought, she finds herself running for her life. As she starts to realize that none of us are guaranteed tomorrow, she begins to admit that maybe, just maybe, stubbornly pushing love away is a mistake…

Polar Bear shifter Grant Ray has finally admitted to himself that he’s head over heels in love with Storm. She’s beautiful, she’s spunky, and she’s smart. She’s also made it clear she wants nothing to do with loving him. She says she doesn’t want a relationship with an alpha, which frustrates him to no end. Sure he was born an alpha, but he gave up that life to move to Chicago and blend in with “normal” humanity. He’s not interested in leading a clan. But when the shifters in Chicago face a deadly threat and Grant instinctively steps up to lead them through the danger, he discovers that, despite Storm’s protests, an alpha male might actually be what she’s looking for…

Will Storm open her heart to Grant and give love a chance while she still can? Will Grant finally be true to himself and act like the alpha, and man, he was born to be?

Read on for m y thoughts on Alpha In A Fur Coat.

I found Alpha In A Fur Coat to be very much a transitional story for our Shifters in Chicago.  Discovering that there is a local and even a national plot to oust Shifters to their Human neighbors has this group of friends on edge.  After the troubles Silver and Jack went through in the first story of this series, Trouble In A Fur Coat, everyone knows to be on the lookout for ways to gather information about the dreaded Shifter detecting eye scanner that is to be put into operation at any time now.  Well, they’ve found that information and it is huge.  In fact, everything is about to change – and not necessarily for the better.

Storm and Grant are both Alphas, they carry the Alpha gene and their positions in their respective clans also put them in that one day line of Alphas.  Storm is not about to give up her independence.  She’s worked too hard to get away from home to set up her life in Chicago.  She intends to make a difference in her chosen field.  The last thing she wants or needs is another Alpha as a mate.  Trouble is, she can’t get Grant off of her mind, and it’s affecting their friendship.  Grant wants a relationship with Storm, he suspects they are mates – but Storm is having nothing to do with anything romantic between them.  So he’s been taking his time, letting things develop slowly… but he can’t do that any longer.  Everything about their lives is about to blow up in their faces.  They have no time left.

They thought they had weeks to get out of Chicago.  In fact, they only had hours.  Chicago is on lock down, citizens are rioting in the streets and everything about the world that Shifters and Humans have shared for centuries is about to come undone.  They barely made their escape, when Grant realized that there were still Shifters, friends from his clan back in Chicago.  He made an Alpha decision to go back for them, and the other Alpha wouldn’t let him go alone… now things are getting interesting.

Alpha In A Fur Coat takes this group of friends and through circumstances, danger and a slice of reality turns them into a functioning clan.  It may not be a clan as their parents knew, but the kinship, loyalty and dedication is there nonetheless.  Our Shifters escaped to the one place they had a chance to survive and make a difference – they went to Drew’s.  He was totally unplugged and off the grid.  That is the only way they will survive what is coming.

It will be interesting to see how these high tech Shifters make the transition over to nature, and no electronics to help them – at all.  This is truly a rebel clan now and they’ll have to find their own path through their strange new world.

I enjoyed Alpha In A Fur Coat.  The romance with Storm and Grant happened very quickly.  They knew the other was their mate for a long time, but not acknowledging it under these circumstances no longer made sense.  The focus of this story, the point that I took away, was the changing over from a group of kids who wanted no part of clan life and embraced technology completely to a newly formed clan of devoted people who realized that the technology they’d embraced would actually be the death of life as they once knew it.  They have to learn how to survive, cut off from family, out there being chased by the government.  It’s not going to be easy.  And that is what will make the coming stories so very interesting.  I am definitely looking forward to the next story in this series.