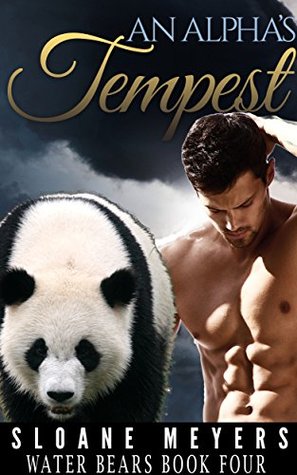 An Alpha’s Tempest brings the Water Bear Shifters series to a conclusion – but don’t worry, we aren’t done with Alaska just yet since Ms Sloane’s next series is about to launch with one of the characters you’ll meet in this story.  It’s a great way to introduce another clan of Shifters as well as add an excellent character to this story.  I liked him – a lot.  And can’t wait to start the next series.

Since this conclusion story is pretty well described in the Cover Description – let’s move on to how great a story this is.

Rhythm is an amazing character.  She doesn’t back down from anyone – not even her mate, Ben.  We all know that Shifters will protect their mates to the extent of wrapping them in bubble wrap if possible, but Rhythm is having none of that.  She knows that the scientists who devised this horrendous virus need to be stopped at any cost – and if that means she puts herself on the line too, then so be it.  There have been many strong mates in the Water Bear Shifters series, in my opinion, Rhythm is the strongest of them all.

An Alpha’s Tempest nicely brought these Water Bear Shifters stories to a very satisfying conclusion.  I’ve enjoyed my time spent with all of these characters.  And if you haven’t started this one, I would really recommend that you check this series out.  It’s got everything we crave in a Shifter romance – hot Alpha males, strong mates and sexy lovin’ plus a compelling and engaging plot – what more can we ask for?