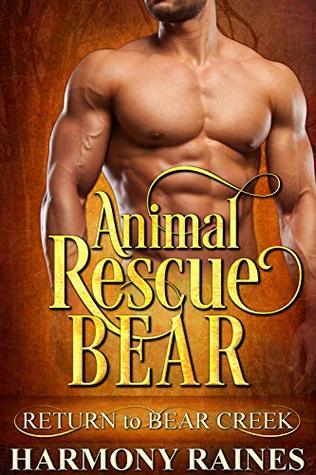 When closure threatens the animal sanctuary in Bear Creek, Ronni knows she has to act. And act fast. But finding the money needed to buy the land before it’s sold seems impossible. However, she soon realizes she is not alone. Especially when fate steps in and her mate walks into her office—in the heavenly form of Lucas Chance.

Tall, dark, and handsome…a man with the heart of a bear shifter and a smile that melts her heart.

He is everything Ronni could wish for in a mate. But will thoughts of her mate, and the family she dreams of, distract her from her mission to save the shelter and the lives of each and every one of the animals who live there?

Lucas planned to adopt a dog to ease the lonely nights now the rest of his family have found their mates. Instead, he meets his mate. And what a mate she is. Fierce, loyal, and protective, he will move mountains to help her save the animal shelter she’s dedicated her life to.

With the help of old friends and new, Lucas and Ronni fight to save the shelter. But when a property developer arrives in town, they might not get the happy ending they deserve.

Animal Rescue Bear is the 23rd title in the Return to Bear Creek series, and I have enjoyed every single one of those stories.  This time around a character who we’ve come to know about, as she’s appeared as a secondary characters or mentioned in several stories will finally find her forever mate… someone who has lived not five miles away their entire lives.  Ronni is the manager of the animal shelter that sits between Bear Bluff and Bear Creek.  When the shelter is threatened with closure unless she can raise the funds to buy the property it seems like a hopeless dream.  Yet the community of Bear Creek isn’t about to let the shelter go quietly without trying to save it.

Lucas is one of the family members who runs/works at the Chance Heights Activity Center… and he’s also the remaining member of his family to find their mate.  He’s looking to adopt a dog to help with his loneliness when he finds something, or someone, even better…  his mate, Ronni.  And a beautiful dog, Jessie, who is in need of a forever home.  It seems today Lucas has found two ladies to capture his heart.

Animal Rescue Bear is a  lovely, sweet shifter romance with a few twists that make the future of the animal shelter up in the air for a bit.  We’ll run into several old friends along the way as the entire town sets out to help save the shelter.  I always love running into characters from previous stories, and even though most are quick cameos, it always adds a special touch and sense of community.  We’ll also see the beginning of another romance take place, and I”m looking forward to the full story on that real soon.  Animal Rescue Bear is exactly what I expect from this series – two mates finally finding each other, an issue or problem to be solved and moving the entire series along a bit further.  I had fun with Ronni, Lucas and Jessie and I’m certain you would, too.  I definitely recommend this story to any Paranormal Romance or Shifter Romance reader.  Do you “have” to have read all of the stories for them to make sense… no, of course not.  Yet, this series is an addictive, enjoyable, community centered group of stories that you will want to experience if at all possible.