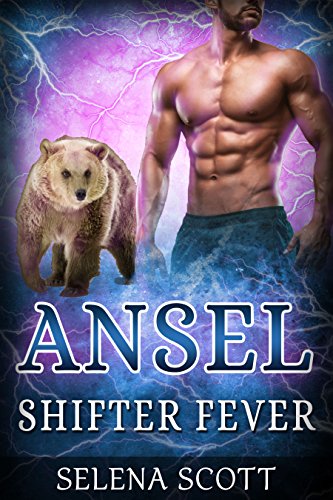 I feel I need to make this comment upfront before I begin my review of Ansel.  I’m not a fan of serials, I’m sorry I’m simply not – I tend to want my complete story in one setting.  Now having said that this story, Ansel, does end on somewhat on a cliffhanger… yet the romance between Ansel and Ruby is complete the underlying mystery of the waterfalls, and what it actually leads to or is intended to do remains a mystery that we will learn more about over the course of this series.  Still, there is what I consider a cliffhanger to the overall story that will lead into the next sibling’s story.  That is what I expect in a series, although not usually such a huge continuation step, still it is what a series does… continues one main line of thought woven throughout the series.

One year ago Ruby’s world was turned upside down once again at the disappearance of her younger brother Griff.  Because of the way he disappeared she’s become somewhat of an odd person around town, with rumors swirling around her constantly.  In the year since the incident Ruby has been functioning and going back daily to the waterfalls where her brother simply disappeared into the glow from within… and remains a closed off rock wall to her and anyone else who investigates.  She’s not crazy, she did not kill her brother, and she will find out what happened to him if it takes the rest of her life to get into that hidden opening behind the waterfall.

Ansel has been crushing on Ruby for a very long time.  He and his sisters and brother are also without their parents, and have formed a very tight knit family.  They are bear shifters, one of the few shifter families still around or at least that they know of.  Over the past years shifters have been vanishing from existence, most disappearing without a trace.  There have been the appearances of spaces, portals perhaps, that any shifter immediately feels uncomfortable around.  Ansel and his family usually stay far away from these places… but he does go close by the waterfall everyday to insure that the area is safe for Ruby’s daily visits.  Ansel still might be crushing long distance on Ruby if it weren’t for a near accident one night, and a slight softening on Ruby’s part.  Never one to turn down a gift, Ansel set out to win his lady.

Ansel is a slowly burning, sexy romance between mates or two people who are just realizing that they’re in love.  With small tidbits of information scattered about as clues we really are able to piece together a bit more than the characters know about that waterfall.  The world building makes these characters feel so alive with little hesitation in accepting what is happening around them.  I adored Ruby, she quiet, shy and worried sick about her brother… but she’s also an inexperienced young woman falling in love.  And her reactions to and feelings for Ansel are delightful.  Ansel is a much deeper person than the easy going carpenter that he hides behind.  He will do everything in his power to protect Ruby… and it just might come to that.  We get a good feel for his sisters and brother, and can be confident that they will soon have their own stories told.

I enjoyed Ansel very much.  Yes, the ending is very cliffhanger-like, but the story is complete at the final page in spite of that.  And I will be following this series for now I want to know what is up with that waterfall!  I’d recommend this story to any Paranormal Romance or Shifter Romance reader.  It’s tense, believable within this world, has interesting characters and a mystery that you’ll need to solve.  Pretty much what I search for in Shifter Romance.