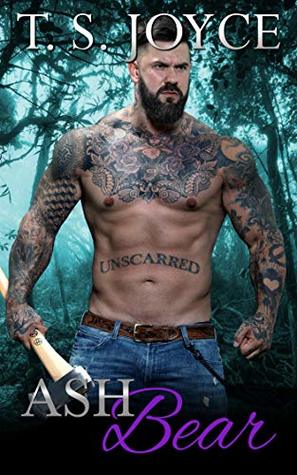 Grim is the reluctant Alpha of the Rogue Pride Crew, and just trying to get from one day to the next without maiming his Crew. Controlling one animal is hard enough for shifters, but Grim is the only one in existence with two animals—a good lion and a monstrous lion named the Reaper. His life has been turned upside down after he fled his old Pride, and landed in a trailer park of lumberjacks in the heart of dragon territory. He’s Grim during the day and the Reaper at night, and life can’t get much more complicated. That is until he runs into a shy, blue-haired, curvy stunner named Ashlynn Kane. Ash might be just the distraction Grim needs to keep his inner Reaper from tearing his new Crew apart, but the closer he gets to her, the more he starts to believe in a bigger future for himself. And the more he believes, the more turmoil finds him and his new Crew.

Ash Kane is a simple girl who got left behind. Her best friends have joined a new Rogue Pride Crew, and no one calls anymore. Her life has become routine, and quiet, and lonely. That is, until her friends come back for a short visit and bring one monstrous, dual-personality Alpha lion shifter named Grim. She’s submissive, and he’s about as dominant as they come, and they shouldn’t be a good match, but she’s not scared of him, and here’s why. Her instincts are screaming that deep down, that trouble-makin’ man has good in him. She’s falling hard for him, but Grim is being hunted and haunted by a ghost from his past that could annihilate them both and ignite a war in Damon’s Mountains.

I don’t know how it’s possible for Damon’s Mountains Universe to get any better, but it does with ever single new story added — it just gets better.  Ash Bear is the third story in the connecting series of Daughters of Beasts… and it is a roller coaster of emotions, laughter, banter, danger and discovering who Ash and Grim really are, separate or together.

Ash is going to break your heart with her self-descriptions of herself, she’ll break it even further when in frustration she finally tells her best friends, Remi and Juno what they did to her when they left her behind to take up their new lives with their mates and new crew.  Ash will see, truly see Grim and The Reaper.  Good one, bad one.  Green eyed one, golden eyed one.  And she will bring this man with his dual beasts such healing as the battles within him brings him to the man he was meant to be… with Ash.

There is an epic battle, and I use that world specifically, one that is as unexpected as it is perfect for what is happening.  I want to know more, and hope we get those answers down the line either in Grim Christmas or another series.

I was spellbound with Ash Bear and if you’ve followed the connecting series within Damon’s Mountains Universe, then I believe you will be, too.  This was a perfect combination of emotions, actions and consequences for all the characters we meet in Ash Bear.  I cannot give it high enough praise except to say — go pick this one up, now.  From this moment onward, the phrase “I understand you.” will be just as important as “I love you.”  Read this story, you’ll get it loud and clear.