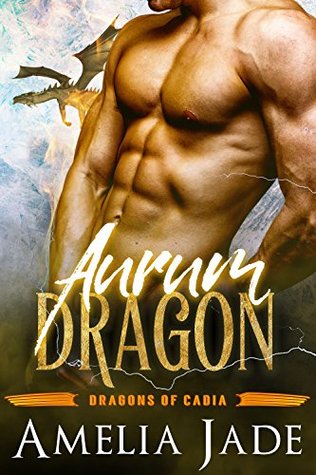 I think it’s fair to say that anyone who has read these connecting series from the very first, Frost Dragon in the Top Scale Academy series has known that Daxxton Ryder, Wing Commander is a very impressive, important and crafty dragon shifter… crafty enough to never have laid all his card on the table.

In the last of the Dragons of Cadia series, Aurum Dragon – you are about to find out exactly what he’s got… and it’s huge.

The small country of Tanith lies between Cadia and Fenris, although separated by waters, that is nothing to those who have flight, such as the dragons.  This small country has managed to remain neutral, not siding with either Cadia or Fenris in the obviously escalating unrest between these large shifter cities.  For the Princess of Tanith to be making her way to the Cadia border, in a vehicle not through the air, is the first indication of major troubles on the horizon.  Daxx and the instructors of Top Scale Academy, as well as their students who are continuing their education after becoming Guardians are racing to the border to assist the Princess and her guards in what appears to be a surprise attack by Fenris purchased mercenaries.  The Princess’ safety is of utmost importance for is she falls, Fenris will swoop in and take over Tanith easily.

Miranda, a Blast dragon and head of security for the Princess is deep in the fight when help arrives.  Once she realizes exactly who is heading the dragons attacking their joint foes she quickly realizes that victory is at hand… and perhaps more.  As the Princess, Miranda and their security detail make their way into Cadia to speak to the Council life is about to change for them personally and for their countries.

I have been anxiously waiting for Daxx’s story to come to us.  The amazing Aurum Dragon himself has always been somewhat of a mystery, although by the respect he is given by just about everyone he encountered in previous stories, we know he is a very high ranked dragon shifter.  I don’t believe we could have ever imagined his power, his abilities and his centuries old haunting sadness.  Daxxton’s story is simply an amazing tale and one you will not want to  miss.

It would be very easy to tell you the entire tale, that is how badly I want to talk about this story.  But I won’t.  If you’ve followed the series then you need to experience this tale for yourself, first hand to get the entire emotional impact.  and I use that word..impact.. deliberately for much is a shock, and much is answered as well.  Miranda and Daxxton have an incredible story, their countries are undergoing immense changes… and war is most likely on the horizon.

The story of Cadia is not finished, we will pick up the tale in the next series, Base Camp Bears.

This is one of those stories where if I could give Aurum Dragon 10 stars in rating I would… emotional, intriguing, action filled, romantic, satisfying are some words that could describe this tale.  If you are a Shifter Romance reader I can only strongly encourage you to give this series, in fact all the connecting series a chance to draw you into their spell, and come to like and care about the characters in this amazing world.