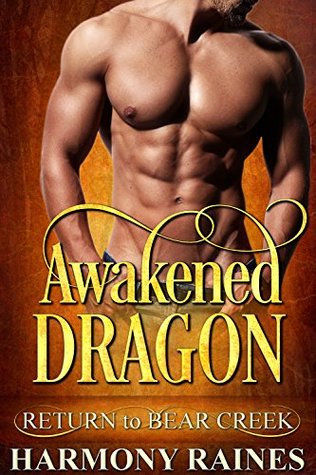 Discovering there might be more dragons in the world sets dragon shifter, Ruby, on a journey to awaken them. What she never expected, was to find one in Bear Creek. Well, Wolf Valley, to be precise.

And she didn’t exactly find him.

Magnus Dumas walked out of the mountains one day with only the tattered clothes on his back. No memories, no possessions, the only thing he is sure of is his name. Until he meets Ruby.

Now he’s sure of two things his name and that Ruby, who tells him she is a dragon shifter, is his mate. How else can he describe the intense feelings he has for her, and the strong need to protect her—even though she is more than capable of looking after herself.

If only he could let go of his forgotten past and concentrate on his future. But without his memories, how can he know if he is a good or bad person.

A discovery leads them to his true identity. A discovery that tells them Magnus Dumas is from another time. As the mystery unfolds, can they work together to solve the puzzle?

When the stakes are high Magnus and Ruby learn that the only two people in they can trust is each other.

Ruby has been flying in her dragon form around the mountains surrounding Bear Creek in search of a myth, a hope, a dream.  Dragon shifters are so very rare that practically each member of her family, aside from she and her sister Sapphi, thought that they were the last surviving dragon.  They’ve since found that not to be true, and even more encouraging than disheartening is the knowledge that many ancient dragons had been put under a spell of sorts that would put them into a deep sleep from which they may never awaken.  Since her sister has found her mate and is living quite happily with him now, Ruby is doing the project on her own.  She is determined to find those dragons who still exist somewhere and awaken them.  So far she’s had no luck – except this early morning her dragon was certain she felt something then it was gone.  That something is Ruby’s future.

Awakened Dragon is a touching, fast paced, certainly steamy romance with touches of danger – and catching up with some very old friends from Wolf Valley.  Magnus has emerged from the mountain with only the tattered clothes on his back, knowledge of basic instinctual actions and knowing his name.  Nothing more.  Ruby will discover exactly who Magnus is to her, and together they will go on a search for his past and why he cannot feel his own dragon.  I liked Magnus, he truly is a stranger in a strange yet familiar land.  He might be ancient, but he certainly does manage to outwit his mate and his rescuer in humorous exchanges.  There is a mystery here that will lead us to even more puzzles to be solved.  We’ll also catch up with some recent new friends as their lives move forward as well.  I had fun with Awakened Dragon, and I’m definitely going to be on the lookout for the next story.  I’d recommend this story and this series to any Paranormal Romance or Shifter Romance reader who enjoys a good solid romance, lively characters, puzzles to solve and a tight knit community to enjoy.

Fighting My Way Back

Fighting My Way Back