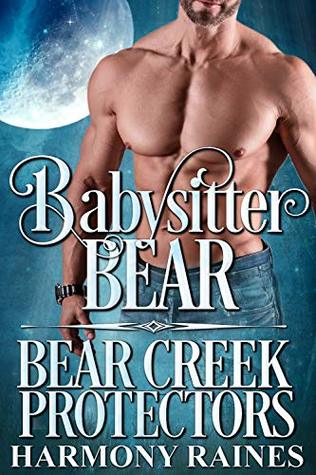 BABYSITTER BEAR is a tense, fast-paced romance that shows a mother’s courage, a woman’s determination to protect the children in her care at all cost and one older, ex-military man who’d believed that his fated mate would never be found only to discover her in the middle of danger and chaos.

I adored Flint, he is the embodiment of a grumpy old bear who is set in his ways and follows a path that is direct and to the point.  While the changes in him are subtle in some ways and simply amazing in others it was a fun ride to watch him discover that he might not be the loaner he always believed himself to be.  Jenna is a woman anyone would be proud to call a friend, she’s gone above and beyond for her family – and now she’s faced with two kids that she adores being placed in grave danger and a handsome protector claiming to be her mate.  Life just got interesting, or more so than usual for Jenna.

There are some very vile villains to be dealt with, a cross-country dash for safety, an intriguing plot, some visits from old friends from the Bear Creek and Bear Bluff series… and simply a damned good, engaging story to be found in BABYSITTER BEAR. I was caught up in this world, once again, from the very first page and loved every moment spent among old and new friends once more.  If you love an engaging, fast-paced, intense romance then you’ve found what you’re looking for.  I’d not hesitate to recommend this story or any of the others in this series or the connecting ones.  I love the Bear Creek / Bear Bluff stories, and I believe you would as well.

Playing With Fire by Godiva Glenn

Playing With Fire by Godiva Glenn