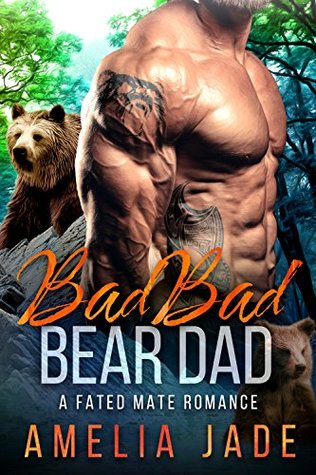 Bear shifter Gray likes his life the way it is. Familiar and uncomplicated. He’s got a good thing going, and all he needs now is a mate to share it with. So when he stumbled upon her several weeks ago, he couldn’t have been happier. Until she started ignoring him, even going out of her way to avoid seeing him. How is he going to convince her that they’re mates if she won’t even acknowledge his existence?

Kelly Crouche has just watched her best friend sail off into the sunset with a shifter mate. Although she’s happy, she doesn’t think that’s the life for her. Like all the other women recently brought to Cloud Lake, she’s currently carrying a shifter child, a constant reminder of how she was duped by an evil human corporation. Does she really want a shifter for a mate as well? She’s always thought the answer was no, but after her best friend tricks her into spending time with one, the long-held opinions in her head begin to change from black and white into a sea of gray.

Just when she thought things were starting to come together, a startling revelation is made. She keeps it a secret from Gray, unsure of how to deal with it, but determined to do so on her own. Circumstances are working to betray her, however, and when it all blows up in her face, Gray might be the only one who can save her. To do it, he’ll have to unleash his darkness, and prove that he’s the baddest of the bear dads.

I had been looking forward to Gray’s story, he’s been a familiar face around the embassy for a while now.  And, of course, at the shifter’s ball we got another glimpse of his search for his own mate.  I’ve enjoyed Gray and his friendship with Andrew has always given me a few often ironic chuckles at their interactions.  Gray was interested in one of the human women who the Institute had duped when we last caught up with him… although Kelly wasn’t as impressed by him as I was.  While I adored Gray in Bad Bad Bear Dad, I have to admit that it took me a bit longer to warm up to Kelly – and to be frank, I’m not so sure that I ever really did.  She’s Gray’s mate so she has a place in his life, I simply wasn’t convinced that she felt even close to what he felt for her.  My opinion, of course.

We get another taste of the madness that The Institute produced from another source.  Jacen was nothing more than a madman or a man driven mad but either way he was not good news by any stretch of the imagination.  At first his actions drove a wedge between Gray and Kelly, later his actions proved much more than that.  Don’t want to get into much more for fear of saying far too much.

I enjoyed Bad Bad Bear Dad.  There were a few hints as to a possible next couple, we’ll just have to see if that happens.  It’s always fun to catch up with other couples again, and we get that chance in this story.  If you love Shifter Romance then I’d recommend this story, or any of the stories in the A Fated Mates Romance or the other series.  They’re all amazing stories that will have you caught up in this world quite easily.