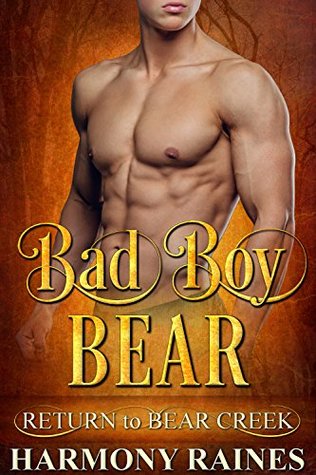 Those are the words rattling around in Louise’s head when her car breaks down on the side of the road. Stranded, she accepts help from a motorbike riding guy in tight leather pants. Not that she is interested in tight leather pants and the kind of men who wear them—oh no, she’s been there, done that, and got the baby to prove it.

It doesn’t matter that he is the perfect man for her. It’s obvious she’s not his mate, and there is no way she’s going to fall in unrequited love again—she’s been there, done that, and got the broken heart to prove it.

Zak has been around the world, trying to figure out who he is, and escape the man he almost was. He’s a bad boy turned good. But when he meets Louise, he wants to be all kind of bad, in bed at least. Yet there’s something about her that makes him hold back. Something that stops Zak from telling Louise that she is his true mate, the one who will love and protect her for the rest of her life.

However, they have more in common than either of them could guess. And when Louise’s past threatens her future happiness, Zak will do whatever it takes to keep her safe. Even if it means becoming a bad boy once more.

We first met Louise in Doctor Daddy Bear, so while I’d strongly suggest reading the entire series in order, if you read Doctor Daddy Bear right before Bad Boy Bear you’ll find that one story flows easily and naturally into the next.

Louise has had a lot of emotional blows headed her way in the past few months.  Just as she’s beginning to settle down into motherhood, making a life for herself and her daughter, Storm, another blow.  Ollie, the shifter who’d been her friend, who had stayed with her during some of the most traumatic days of her life has found his mate.  And that left her… where?  Obviously she hadn’t been his mate, but she had hoped.  Well, she was accustomed to people letting her down.  So it was mom and daughter against the world now, with the help of Dean.  What she couldn’t have known was that her future would come riding to the rescue – in so many more ways than simply stopping to help her broken down car at the side of the road.

Zak had left Bear Creek to seek his fortune, and more importantly, his place in this world years ago.  Once the town bad boy, he’d been one of Dean’s kids and he owed everything he was today to Dean’s care.  When he stopped to help a stranded motorist on the side of the road he hadn’t expected to feel the mate bond so strongly that it almost toppled him…  unfortunately, this human didn’t feel the same thing as she looked at him with suspicious eyes.  Well, he’s just going to have to change that because she was his mate and he’d win her over… eventually.

I completely loved Bad Boy Bear for many reasons.  First, Louise and Zak were so perfect together.  Oh, Louise is not willing to just jump on the mate bandwagon, and Zak will have to do some wooing, some convincing before she does believe him… but they fit.  Both had harsh backgrounds, both had their dreams tossed and rebuilt and both wanted a forever love, even if Louise was afraid to trust in it.  When danger comes after Louise and Storm, it’s Zak who keeps her calm, focuses on what needs done and supports her any way he can.  A reformed bad boy, yes… but more like a man who has grown and knows what is important, his woman, his new baby no matter her DNA and their life together as a family.

I’d highly recommend this story and this series to any Paranormal Romance or Shifter Romance reader.  Lively characters, issues you can relate to and secondary characters who make the stories come alive.  Can’t ask for much more than that.