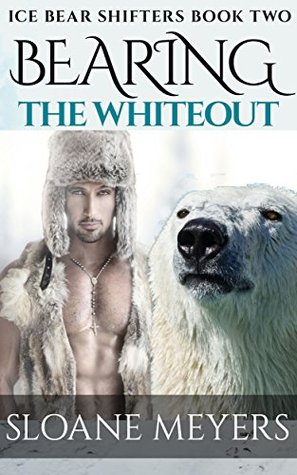 Delaney Parker knows a thing or two about handling life in the wild. She’s been traveling to remote locations for years, always trying to get the perfect photograph of whatever beautiful wilderness she finds herself visiting. But her wandering heart has started to ache for a permanent home. The more she travels, the more alone she feels. And spending time on the outskirts of Alaskan civilization isn’t helping ease the loneliness.

Eric Caldwell doesn’t want a woman in his life. After losing his last girlfriend to a rival clan’s attack, he’s closed off his heart to love. Caring for someone only makes you vulnerable, and Eric doesn’t want to be vulnerable. But when Delaney walks into his life, he’s forced to rethink his stance on love and devotion.

There’s nothing frozen about these Ice Bear Shifters, expect the ice to heat up so it’s a 18+ readers

Read on to discover if one very stubborn polar bear meets his match.

A silly bet is about to change Eric’s life.  He may grumble about not looking for a woman, but Eric admits to being a bit lonely.  Especially now that one of his clan has found his mate.  So it wasn’t all that difficult to agree to the bet about the reason for the beautiful lady’s anger, the one who just stomped in through the bar doors.  If it isn’t boyfriend related, Erick has to ask her for a date.  Easy win… or maybe something else.

Delaney is accustomed to remote, beautiful places – she’s not used to people keeping the best spot to take a sunrise photo a top secret.  And there goes Eric’s bet and his heart – but Delaney doesn’t know that just yet.  As a freelance photographer, Delaney is looking for unusual and interesting spots to take photos, when Eric offers to show her some of the most beautiful sunrises ever she’s on that offer fast.  It doesn’t hurt that the man who is offering is deliciously sexy, but that should be beside the point, right?

When Eric offered to take Delaney out to the hut for a few days of ice fishing and photo chances he never realized the danger they both would be in.  The Blizzard clan, that group of crazed shifters who had killed all but five members of his clan were supposed to be further north now and not a threat, for the moment at least.  Trouble is… that’s not true and Eric and Delaney are in very serious trouble right now.  As Eric fights to protect Delaney, he’s realizing just how important she is to him and his future.

Bearing The  Whiteout is an intense story filled with danger, strong sexy moments and the realization of finding a mate.  Part of the enjoyment, for me, is reading what messed up ideas the Alpha, Neal has about yet another human woman as a bear’s mate.  I cannot wait for Neal to fall – that’s gonna be a classic  *evil grin*.  Anyway back to Erick and Delaney.  I really enjoyed this couple, they face a lot of danger and how Delaney deals with all of this is simply amazing.  Plus they definitely heat up the frozen tundra.

I always enjoy the settling into the series stage, where we have the current couple’s story and still get to see a bit of previous couples and where they are now.  The new ladies of the Northern Lights clan are no nonsense, kick butt and take names kinda ladies – love them.  They are definitely worthy of ice bear shifters.