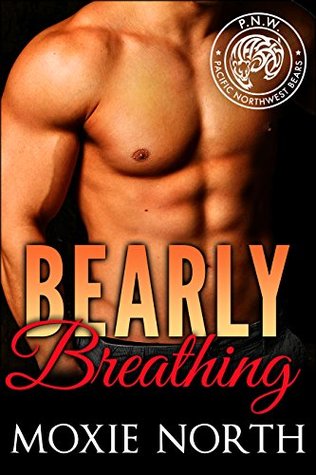 She’s not looking for a white knight …

Single mom Gemma Ellis loves her son — and hates asking for help. Her no-account ex has taught her she can’t rely on anyone but herself, even if that means working two jobs and barely scraping by.

Big, burly, handsome doctor Eddie Rochon makes Gemma wonder if good men are more than a myth. She’s tempted to give him a chance … but trust is hard after all she’s been through.

He’s ready to save the day …

Eddie’s a polar bear shifter with a gift for taking care of people … and a bit of a gnome problem. When he realizes the curvy brunette with the adorable little boy is his mate, his need to help her kicks into overdrive–but if he tries too hard, he’ll drive her away.

Welcome home … or see you later?

When Gemma’s ex turns up, things get even more complicated. Can Eddie protect his new found family and convince his mate that he’s not like other men she’s known? Or will her self-reliance blind her to the truth?

All hot, sexy shifters have no hesitation in getting some serious loving going on with their mates… very hot and sexy.  So, this is an 18+ reader story.

Read on for my thoughts on Bearly Breathing.

Every time I finish a Pacific Northwest Bears (or Cougars) story I’m convinced that the one I just read is the best and I’ve found a new favorite shifter couple… until the next story comes out.  But right now it’s going to take a lot to outshine Eddie Rochon.  This man / bear sets the bar pretty high… in a family where the bar is already sky high.

Gemma’s life has been far from easy.  Her parents would rather spend time with their bottles and slouch on the couch than take care of their daughter.  Her ticket out of that life seemed to be the boyfriend who treated her so much better – before the marriage, after he was worse than her parents living off of anyone he could, drowning in booze and being a perpetual bad boy teenager.  Gemma wanted a better life for her son, Dash, and yes, for herself too.  So she wised up, kicked Kyle to the curb, got her GED and left “home”to make a new, decent life for her family.  She loaded up her dilapidated car and headed out, not knowing where they’d end up but at least they would be on their own, together, away from the toxic people of her past.

That fateful morning, Eddie was contemplating his growing gnome collection with yet another silly gnome deposited by one of his family members.  Actually he got a chuckle out of the suddenly appearing gnomes, but he’d never tell his family that – then they might move on to something not so cute.  Today he would treat a little boy’s head injury and fall in love with the little tyke… and that scent, not Dash and not his babysitter but something that drew him to find out more about the cute toddler and his mom.  He didn’t realize just yet that his mate was so close and about to enter his life, but he was about to get the best surprise ever.

Working two jobs in order to keep a roof over their heads and some food on the table was exhausting… but she’d done it, she had made a home here for Dash and that was one accomplishment she certainly deserved to be proud of.  Sure, it wasn’t a great house and yeah, the coin counting in the days before payday made her a very tight budget-er but that was a skill that came in very handy.  Yet, Gemma and Dash’s lives are about to be turned upside down by the most attentive, handsome and hot doctor around.  One man, one bear who had found their mate and will do anything to make her life easier until she could be convinced to bond with them.  Gemma doesn’t trust easily, and she doesn’t understand what a doctor like Eddie could possibly see in her – but he’s convincing her, slowly but certainly that he is on the level with her.  Can she believe that life finally gave her the gift of the perfect for her man?

What I really enjoyed about Bearly Breathing was Eddie’s internal battle on how to show Gemma that he could be trusted.  He talked to some family members and took their suggestions to heart, but then went about courting his mate in his own way.  He couldn’t help wanting to buy stuff for her and Dash to make life easier, after all this was his family.  Yet he had a perfectly logical reason for every purchase, one that wouldn’t overshadow what Gemma had already done for her family but that his offering could enhance what she’d done.  He never just took over, his actions were of a man in love, yes, but also a man who saw his mate’s worth and her pride.  I simply really liked this couple, their reactions to each other and the situations that they were placed into rang realistic and made perfect sense.  Okay, so they also were very good at tossing off sparks and sexy times as well – but they were a couple falling in love, and you could certainly feel that from the story.

If you love Shifters then the Pacific Northwest Bears and Cougars series should be on your radar – and Bearly Breathing is a must read, in my opinion, ‘cos you don’t find heroes like this every day.  🙂