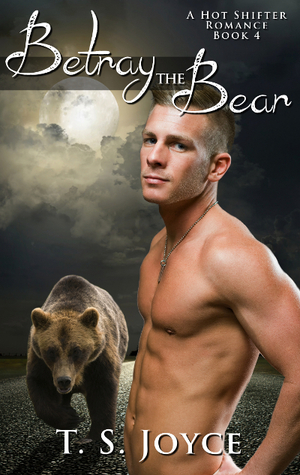 On the verge of war, Chase Hale has no time to think about anything other than preparing his clan to battle the savage Long Claws, who are intent on annihilating Bear Valley. But when a supposed mate of the enemy shows up, he can’t help but be intrigued by the unsettling mysteries that swirl around the beautiful bear shifter.

Anya Bure is the first mate of the ruthless alpha of the Long Claw Clan…or at least, that’s what she’s been told. But when he sends her to gather information on the enemy clan of Bear Valley, she learns a hard lesson in just how deeply she’s been manipulated. When she meets Chase, Anya knows he suspects her motives. The more time she spends with him though, the more she thinks Chase might be what her heart has been searching for, and spying on Bear Valley is tearing her in two.

Stuck in the middle of escalating tension between the two clans, Anya is beginning to discover herself under Chase’s patient encouragement, but she can’t walk the line forever. Eventually, she’s going to have to decide which clan to betray, and whether to fight for love or duty.

Shifters are sensual creatures – Chase and Anya are no different, these mates love to physically express that love so this is an 18+ story.

Read on for my thoughts on Betray The Bear.

I adored this particular story in the Bear Valley Shifters series.  Okay, I’ve loved them all, but there is just something about Anya that touches my heart.  She played a part in the previous story so Anya is not a stranger to those who are following the series.

Anya is a small, submissive bear shifter.  A woman who has no true power aside from the false assumption that she matters to Nathan, the insane Alpha of the Long Claws.  She has been told stories and lies about the bear shifters of Bear Valley – their cruelty, their meanness, their viciousness as told to her make them monsters in this young woman’s eyes.  A shifter who isn’t very brave at all.  Yet, Nathan picked her for this mission – to go to the Bear Valley Alpha and seek asylum from her clan… all in the hopes of spying on their preparations for war and to bring back information about Joanna, the woman Nathan is obsessed about making his mate.

Upon arriving in Sheridan, the small town outside of Bear Valley territory Anya is feeling free for perhaps the first time in her life.  No one to tell her what to do, no demanding Alpha to demean her with other women.  She believed that she loved Nathan, and simply accepted that his way was completely natural for shifters and their mates, their numerous mates to one Alpha.  Anya is about to get a very big surprise when all of her preconceived notions about Bear Valley are tossed to the wind like so much empty fluff.  She’d been lied to – her entire life was one huge lie.  And now knowing these people as good, decent folks – making friends in Joanna, Hannah and Jenny… and meeting Chase, the one bear who made her inner bear sit up and beg for him, how was she supposed to betray them all over an insane, cruel Alpha who didn’t deserve that title.

Chase suspected the little bear of being a spy from the very first look at her.  What he hadn’t expected was to be made her night time bodyguard for her probation period with the clan.  He might believe she meant his people harm, but damn his own bear was certainly interested in this supposed first mate of the enemy’s Alpha.  Sanctuary – maybe she had come here to escape or maybe to spy, time would tell, but Chase would also keep a very close eye on this puzzling woman, one who drew him closer every single day.

Betray The Bear is full of action, suspense and certainly some sensuous loving along the way.  It is such a good story, one that I cannot get out of my mind – that’s when you know it’s a good one, it stays with you beyond the last page.  The events in the last quarter of the book are so intense, both in actions and emotions that if you hadn’t loved Anya and Chase by  now, you will.  Not going to say more because I don’t give away spoilers or endings – but yes, this one is definitely an intense, powerful story.

If you love Shifter Romance then Betray The Bear, and the entire Bear Valley Shifters series should be on your reading list.  It’s an amazing journey.