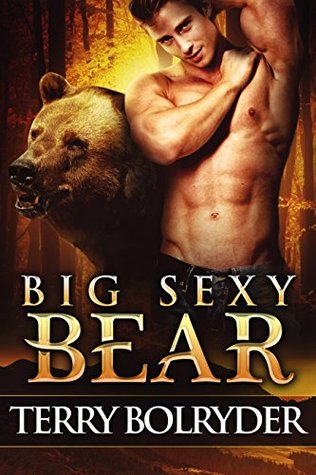 In the mountains above Bearstone village, a legend will fight to protect his mate.

Katrina is a woman on the run. For years, the evil men that destroyed her sister’s life have been on her trail. And now she’s lost, broken down, and without friends or resources in the middle of nowhere, outside of a tiny town called Bearstone Village. But when it seems like all hope is lost, a mysterious stranger appears and offers help. It doesn’t hurt that the stranger is tall, sexy, and has a smile worth a million bucks. And shares the same name with the Greek god of war.

Ares has been looking for a mate for a long time. After years of active duty in the Army Special Forces, the lonely bear shifter returned to his hometown of Bearstone Village and has been key in protecting the community he was raised in. But everything changes when he makes a routine stop to help someone broken down on the side of the road outside of town. Someone who happens to be curvy, beautiful, and the mate he knows his bear has been searching for.

At first, Kat doesn’t know what to make of the mysterious, tall, handsome man who insists on stepping in as her protector. But even after sparks fly between her and her sexy rescuer, Kat and Ares still have to face the past that is quickly catching up with her. And there’s more than Kat’s life hanging in the balance if Ares can’t find a way to keep them safe.

Ares and Kat have a difficult road to their happy ending, one full of danger and unspoken realities.  Kat is suspicious of the kindness of strangers, and she has every right to feel that way.  She and her nephew are being pursued by a very dangerous man who will stop at nothing to get hold of them once more.  When her car finally gives up the ghost on the side of the road in a dark forest, Kat has to make choices – choices that will change her life forever.

Stopping to help someone stranded on the side of the road is not unusual for Ares.  Since returning from active duty in a special ops unit, Ares has been known to give a helping hand all around his home town.  But this time it’s different.  This time it’s his mate in trouble… and she wants no part of him at all.  She’s scared, that’s obvious and the first thing he needs to do is gain her trust.  That may prove easier said than done.

Big Sexy Bear is fast paced, full of danger, mysteries and two stubborn people who happen to be mates.  Because of her fear, Ares is willing to let Kat think he’s just a construction worker – for now.  She’s in danger but she’s not ready to learn about his weapons abilities… or his bear.  Taking too long to give her his truth might be a risk, but scaring her way is an even bigger risk.  I enjoyed this couple, the attraction is strong between them and so is the need to protect.  Kat is definitely stubborn, but she’s also giving and willing to understand once she knows the whole story.  Ares is deadly to an enemy but protective to Kat and Mac.  He’d do anything to protect the people he loves – and destroy anyone who harms them.

I would recommend this story and this series to any Paranormal Romance or Shifter Romance reader.  Sexy times, likable couple, engaging story, Big Sexy Bear has it all.