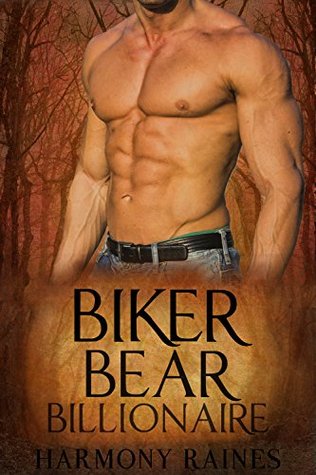 When things fell apart, Will took on a new identity, he became a biker. It gave him a sense of belonging. With the rest of his gang he built up a business he was proud of, it enabled him to help others. He gained respect. Yet his self respect was lost, for he also gave up his mate.

How can he call himself a bear when he denied the one thing he should value above all else? Yet the bear is a part of him, a part that has to be mastered and controlled or it would take matters into its own hands and go and claim his mate, whatever the cost.

But now she’s here, standing in front of him, can he be that strong, can he push her away once more? Or can he become the man she wants, the man she needs, because the person that took everything from him, is now threatening her.

And if she’s come to ask him for help, then he must be her only hope.

He is her only hope, but he’s a man she barely knows anymore. Riding around on his motorcycle, part of a gang, is there any way he can help Freyja? So what if he does look good in his leathers? Will might be everything she could want in a mate, but he won’t claim her.

He told her it was because his father would disinherit him if he mated with a bear from another clan. Yet when his father died he gave away his fortune. Now she needs to know who he is, who he is brave enough to be. Or can he be all things, can he be her biker, bear, billionaire?

Or are they destined to be apart forever?

I have been waiting for Will’s story.  He’s popped into every story so far in one manner or another, and the pain and heartache he carries is obvious.  I knew his story would be emotional, I was surprised at the anger though.  One man’s madness and deceit had ruined Will’s life and his mate, Freyja’s as well.  While the majority of my anger at the situation was firmly placed where it belonged on Carson, I have to admit to being a bit upset with Will also.  I would think that something as powerful as what Carson held over his head would be verified, questioned, demanded answers from those who would have known the truth.  Yet, in fiction as in real life, we all deal in our own ways – this was Will’s way.

I liked Freyja so much.  She’s strong, sassy, brave and takes no crap from any man not even her mate.  She dealt with the pain of not having her mate at her side, she’s accepted Will’s unusual reasons for not claiming her, yet he is the one man she can turn to when backed into a corner with no way out.  She depends on and believes in his strong feelings for her to overcome his determination to stay away.  She trusts him still, completely even while she is equally determined to get her man at her side eventually.  She is one lady I would always want as a friend or an ally on my side in a fight..

I was not disappointed in Biker Bear Billionaire at all.  I was surprised at the turn of events, but the story is powerful, emotional and fits in with this town and it’s residents perfectly.  Will and Freyja make a formidable couple who has each other’s back through some of the worst times in their lives.  Did I think Carson got off relatively easy – yes.  But I’ve learned in series that connect and deal with two different clans to not take everything at face value.  The punishment I longed for on Will and Freyja’s behalf may still emerge – only time will tell on that.

I would recommend this story and these series to any Paranormal Romance or Shifter Romance reader.  The characters are likable (for the most part, villains don’t count), the story exciting, definitely sexy times and secondary characters with their own stories to be told.