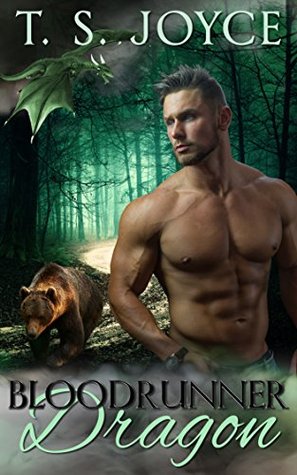 We’ve come full circle now.  The cute, adorable children of the couples from the connected series in Damon’s Mountains have grown up and now are living their lives away from the mountains and crews of their homes.  I don’t feel it’s absolutely necessary to have read Saw Bears – Fire Bears – Grey Back Bears – Boarlander Bears (the lightly connecting series that make up Damon’s Mountains) to enjoy this new spin-off.  Yet, having declared that, you would get a better understanding of the events that lead to Harper’s Mountains and the world that shifters now live in… plus they are some really good, entertaining stories.

It’s about twenty years from the last time we saw Harper and Wyatt as children.  Much has happened in their world since their birth.  Shifters have come out to the world with varying results.  They’ve fought crazed, power hungry madmen and our government.  They, and their allies have fought against hatred and fear, finally or eventually earning their own shifter rights to live freely without shackles in the world community.  Unfortunately, what the bear shifters won for themselves and their families, they also won for other shifters who had remained hidden.  Vampires and wolf shifters, to name just two, have also earned rights… and these guys do not play nice, at all.  Yet, they are equally protected as the bear shifters.

Harper and Wyatt not only grew up together under the watchful eyes of their parents and the other members of the crews, they also fell in love and might have planned a future together if youth and other factors had not happened.  The result of tragedy had Wyatt leaving Damon’s Mountains and Harper heartbroken.

Almost a decade later, Wyatt has found himself in the pit of hell – just about literally.  In order to help him raise the money he needs to buy a perfect plot of land in the mountains he has chained himself to a very powerful vampire.  In his madness or desperation he sends out a message to the woman he’s never stopped loving for help or perhaps forgiveness, never expecting either.

Harper’s dragon has never found it’s treasure.  The one thing that dragons defend above all else, the one thing that keeps their focus, their need to protect and themselves alive.  She had thought she’d found her treasure – but that proved untrue.  Now heeding Wyatt’s call for help, she has enlisted the help of some of their other childhood friends to launch a rescue of the man she never could stop loving.

Bloodrunner Dragon has built a wonderful future world for these characters to live in.  Rich with detail, a different type of enemy to fight and the creation of a unique crew to defend and embrace.  Wyatt really messed up.  Not only in the present, but the past as well.  He has never forgotten or forgiven himself for the pain he brought to Harper.  We find an alpha male who has lost himself and appears weak in many respects.  Wyatt has to pull himself together again – and with the help of Harper and his friends that finally seems to be happening.

Harper is a strong woman, not only naturally but from the events she has lived through.  She just might have finally found her treasure, but there are battles to wage and a love to save before she can lay claim to that treasure.  If you’ve read the other series be on the lookout for a clever inclusion of “1010”.

I’m not going into the story for I feel that this is one you should read for yourself.  Expect to find some seriously sexy times, fierce guardians and friends, mistakes being rectified, some cameo visits from old friends and a brand new crew created.  Harper and Wyatt’s love has endured so much, now their future has possibilities.  If you love shifter romance then this spin-off of Damon’s Mountains should be on your reading radar.  It is well worth your time.

(Oh, don’t be fooled by the cover, although she is there if you look for her  – this is very much Harper and her dragon’s story as well as Wyatt’s and his bear.)