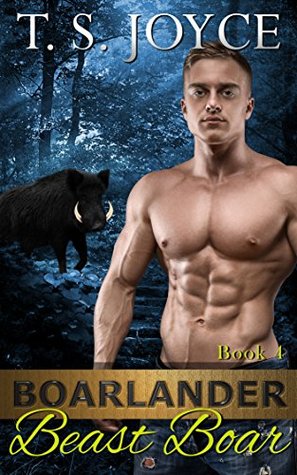 Rebecca ‘Beck’ Anderson is in Damon’s mountains for one thing: to improve public relations between shifters and humans. She has a heap of reasons the shifter rights vote has to go their way, but when she meets her driver, Mason Croy, the sexy boar shifter is adding one more. Mason is smokin’ hot, and just her type if she wasn’t reeling from a divorce that has left her drained. Even if her heart was open to moving on, Mason is dealing with things she can’t understand. Brawling publicly to escape his pain seems to be the beast boar’s go-to method of therapy, but he’s making her job as shifter publicist harder as he spirals out of control. All she needs to do is keep her head down, and work for that pretty salary Damon has promised her, but Mason is a mystery she becomes desperate to solve. He’s wrecking those walls she’s constructed around her heart one by one, but the more she gets to know him, the more she realizes Mason’s past could be the death of her.

Mason Croy has been doing a bang-up job of hiding from his past in Damon’s mountains but now it’s coming back to haunt him, and his boar is on a tear. All he wants is to be left alone to spiral, but now the beautiful publicist he’s been hired to drive around has him wishing he could be a better man. He hasn’t paired up with a mate for a reason. Not only is Beck’s interest in him dangerous for her, but she’s conjuring a destiny he just can’t escape—one that could bring destruction to all the people he cares about.

Mason is a familiar figure to anyone who has followed these Damon’s Mountains connecting series.  Damon’s friend, confident, employee and at times his frustration.  Mason and Damon have always had each other’s backs… even when it was the last thing either ever wanted.  Now Damon has another job for Mason, one that will give him his deepest desire, and bring about his most horrible nightmares.  One woman, one little boy and a past that will endanger so many people.

Beck has a pretty amazing job to do for Damon.  She can work her P R magic and let the shifters in the area show a kinder, softer side to the newly educated world at large… or she can get caught up with one handsome, sexy, full of pain shifter herself.  Mason draws her, somehow she knows he is the answer to her own search, her need to protect her son from his father.  There could be a life together for all three of them, yet Mason holds back.  He’s hiding something, just as she is, but what Mason hides could destroy them all.

Boarlander Beast Boar will break your heart… and slowly put it back together whole.  I’ve loved the glimpses we’ve had of Mason over the course of this series.  He may seem like the quiet man in the background, but he is so much more.  Seeing him with Beck and Ryder makes a complete picture, one that I very much wanted to end happily for them all.

Fast paced, full of danger, sexy moments and revealed secrets, this is a story that anyone following these series needs to experience first hand.  Not everything is obvious until you start looking at the small details.  Mason has a permanent slice of my heart now, and I believe you’ll fall for him as well.

I’d highly recommend Boarlander Beast Boar for any Paranormal Romance or Shifter Romance reader.  You’ll find a compelling story. likable characters and one unique couple that will capture your heart.