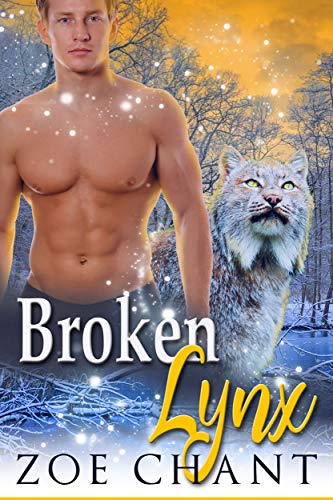 ‘Broken Lynx‘ is the fifth title in the ‘Green Valley Shifters‘ series and fits perfectly in this quirky town full of shifters and humans (but sometimes it’s hard for even the residents to know which is which).  While I will always love an Alpha male lead, Devon has all those qualities as well, just toned down a bit with a huge heart, stumbling over words when meeting his mate, and learning how to jumble raising his younger sister who is on that edge of the teen years with a mate who is a runner – and not just the jogging kind either.  Jamie runs from things she cannot handle, like Green Valley, and relationship commitments, and even Devon, a man she could love and settle down with… if she let herself believe in forever in one place.

I adored Devon from the start.  He’s a good man who has handled being thrust into an adult role at a young age so well.  Abby is adorable, and the perfect image of a young girl just on the edge of becoming the woman she will one day be… but right now it’s all awkward, hormones, and not knowing exactly where she fits in the large picture.  It took me a bit longer to completely fall for Jamie, she’s great at denial, refuses to stay in one place very long, and will run as fast as she can in any direction away from things that make her uncomfortable… like Green Valley, and one handsome, sexy geek whose tongue-tied conversations hide a good heart and a man she shouldn’t want but cannot resist.  So.  She runs.  I don’t blame Jamie for being upset and angry when she learns what Devon and Abby are or when the secrets of Green Valley are revealed.  She had that right.  But sooner or later she’s going to have to stop running and face her fears and her desires for one man, one family… her mate, and his sister.

I had a blast back in Green Valley, and if you love a really good shifter romance with believable, likable characters then ‘Broken Lynx‘ or any title in the ‘Green Valley Shifters‘ series would be perfect for you.  I love this particular “voice” of Zoe Chant, and I can see a few more possible stories in this series.  So, I’m hoping we’re in for more visits to this quirky shifter town very soon.