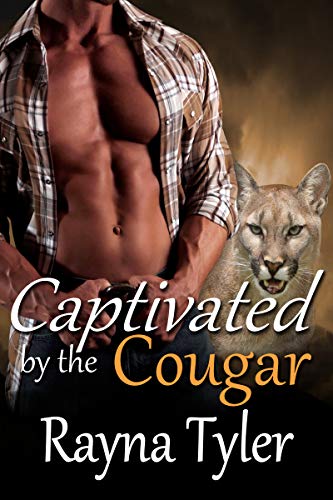 Wolf shifter Berkley Reynolds has never encountered an obstacle she couldn’t handle. Even the challenges associated with running a Colorado mountain resort are minor when compared to dealing with the persistence of one, particularly annoying cougar shifter.

Never mind that Preston Harker, the gorgeous new head of security, has the most riveting emerald eyes, makes her wolf howl, and happens to be her destined mate. Berkley has her reasons for avoiding cats, and mate or not, she has no intention of letting him claim her.

When a threat from Berkley’s past shows up at the lodge intent on ruining her newfound home, can she entrust her life, and her heart, to the one man who can give her the future she’s always wanted?

‘Captivated by the Cougar’ continues the ‘Seneca Falls Shifters’ series with Berkley’s story which is full of mystery, sizzling mate attraction (or maybe avoidance for a bit), and characters we’ve come to know from the first story.

I liked Berkley, and I ‘got’ her as well.  She’d had her heart broken when the man she’d loved turned out to be a cheating louse (even though he wasn’t her mate).  Now, when she and her wolf know full well that Preston is indeed her mate – well, she’s balking at trusting any man with her heart once again.  Preston has the patience of, well, a cat waiting at a mouse entrance as he knows that Berkley has to come to him on her own, to acknowledge that he is her mate without pressure – but that doesn’t mean he can’t tease, get under her skin, and generally look after his mate until she finally agrees to the mutual claiming.

Unfortunately, a nasty piece of work from Berkley’s past has come to the resort and nothing is as it appears on the surface.  Soon there will be accidents that aren’t and a very dangerous situation for several people, especially Berkley.

I was easily caught up in ‘Captivated by the Cougar’ and I’m loving this series.  Steamy in all the right spots, suspenseful when needed, Berkley and Preston’s story is fast-paced, intense at times, and laugh-out-loud at others.  I had a blast and I’m ready to move on to the next story in the series.  If you love a good Paranormal or Shifter Romance then checking out this series should be on your to-do list.