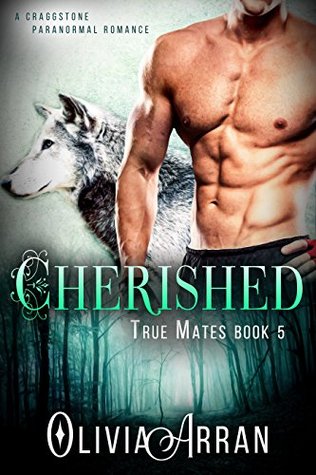 I’m the pack fixer…and I’m not afraid of getting my hands dirty.
Wolf shifter Oliver Colstone was handpicked to be the pack fixer because of his specialist training, his lack of emotions, and his willingness to do whatever is needed to get a job done. Got a problem? He’s your man. But one look at his true mate and Oliver thinks he might be the one in trouble this time…

I’m a survivor – but can I survive being the focus of Oliver’s attention?
Life hasn’t been a barrel of laughs for curvy Ana Arlington, but she hasn’t given up. Nope. She’s got her son to think about and a future to plan. First things first, she has to find a way to escape her captors. She doesn’t need a smoking hot black-ops kind of guy swooping in and rescuing her. Okay, maybe she does…but does he have to look so darn irresistible doing it?

As destiny draws human and shifter together, will Oliver be able to convince Ana to give up her prejudices and take a chance on fate…or will she forever close her heart to true love?

Cherished brings the True Mates series to a conclusion – and what an ending it is.

Oliver is the pack fixer and when we’ve met him before he’s proven to be a man of action, very few words and a fiercely loyal pack member.  The search for the vile Bert has finished and now the only thing left is to bring him in to justice.  Oliver is heading up the operation, but in fact just about the entire pack is here.  It has been reported that there are human women and their children at this compound – it will take their entire pack to make this work smoothly.

The last person Ana expected to be standing behind her was a thunderstruck stranger.  A man who she’s instinctively drawn to trust, even when there shouldn’t be a shred of trust left in her.  He says he is here to rescue her and the others and for some odd reason she believes him – anyone who can get her and her son, Josh away from this madman would be welcomed but this man seems like so much more

Oliver could not believe the sassy human was his mate, even in her captivity she was bold and unbowed.  He could see the effort it took for her to trust him to get her to safety – and he had to admit his pride in his mate for the strength she showed over the next few hours.

Bert truly is a vile being.  The harm he’s done to Ana and the other women almost draws Oliver over the edge into taking justice into his own hands.  But taking Bert before the Council is the right thing to do and justice will be served – at his own hands if necessary.

It’s always a bittersweet moment when I come to the end of a series that I’ve enjoyed.  Cherished brought such a satisfying period on this series for me.  Ana and Oliver show that no matter how horrible a situation has become, with the right person fighting in your corner so much can be overcome, and a happy ending is possible.  It brought a smile to me when this man of very few words became downright talkative around his Ana, the kindness and understanding he shows both his mate and her son is touching and a perfect way to bring this series to a close.  The vile, bad man gets exactly what he deserves – and those he harmed have the chance to move on and rebuild their lives.

If you love Shifter Romance I hope you give the True Mates series a try – if you haven’t already.  It is a series full of interesting people, amazingly strong couples and a good solid underlying story line through it all.  This is a series that does need to be read in order from prequel through books 1-5.  The story continues and is added to in each new story – with little to no backstory, so you really do need to go start to finish on this series.  My opinion – and the author’s suggestion as well.