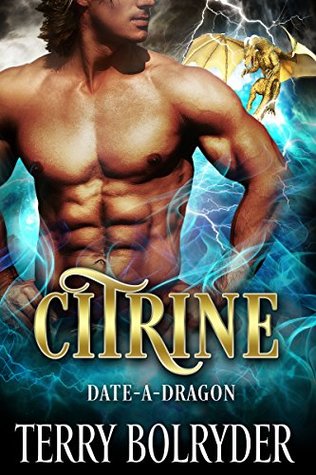 Citrine has searched tirelessly for his mate. And now, hundreds of miles later, he’s found her. She’s on the brink of mating someone she can’t possibly love, all for the sake of responsibility. So he does the only thing he can to win over the curvy, confident woman that makes the dragon inside him roar with approval: challenge the jerk that would be her mate to a fight for her hand.

Robbie can’t believe her eyes when Citrine, her former coworker in Seattle who she felt an irresistible attraction to, shows up on her doorstep out of nowhere. What’s more, he’s here to challenge her fiancé. But in spite of the audacious overture, the tall, muscular man with dark brown hair and amber eyes that are warm like a sunset still has the same effect on her body and heart.

As time ticks by leading up to the fight that will determine her destiny, subtle attraction blazes into pure fire. Though Citrine knows he’ll do anything for Robbie, she will have to make the ultimate choice between familial responsibility and personal happiness. And whispers of a big, bad wolf in the mountains of Robbie’s home may be more than just a fairy tale.

Titles in the Date-A-Dragon series include:  Gold – Silver – Platinum – Citrine

Citrine has played such a vital, and at times annoying to them, part in so many dragons re-entrance into the modern world that he’s become very much like an old friend to me.  The sparks were apparent between Citrine and Robbie from the first moment they met.  Maybe not to them as they both worked to build a friendship with lots of flirting moments but not much more… then.  When Robbie suddenly left the city to return home to fulfill an obligation, one that reeked of danger to Citrine, his dragon went berserk realizing that his mate was not only in danger but nowhere to be found.

The last person Robbie expected to see on her doorstep was Citrine.  That he’d searched for her, found her and claimed to be her mate all in one conversation… well, she was flattered, annoyed and bewildered as to what to do now.  She was to mate a rival wolf pack alpha, bringing peace to her small, tiny town since the other pack was huge, mean and would overtake them in a heartbeat.  She’d known this was to happen, there was no other choice but still a small part of her wanted to believe that Citrine could survive the alpha challenge, that he could defeat one very nasty wolf and be the one she’d be with forever.  She wanted to believe that… but Citrine would have to do some serious wooing and convincing without giving away his own secrets too soon.

Robbie and Citrine have always been right for each other, even back when they were flirting around the attraction they felt.  Seeing them together was a perfect closure for the Date-A-Dragon series.  But… there are plenty of out in the open hints about what is coming next – so I’m not totally convinced that we won’t see some of our dragon friends again in a secondary character role, at least I’m hoping for that.  I adored this couple, their romance felt so natural and satisfying.  I’d highly recommend this story, this series to any Paranormal Romance or Shifter Romance reader.  If you’re looking for sexy dragons, smart mates, danger, thrills, seduction and sexy times… then Date-A-Dragon.  *wink*