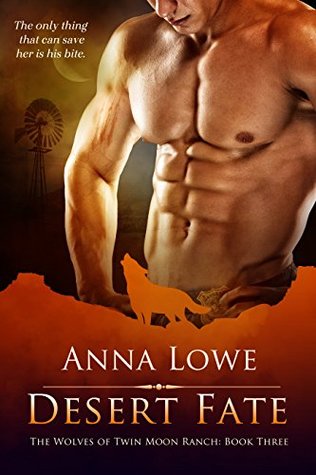 Kyle Williams is a lone wolf just trying to settle in to a new skin.

But when a brown-eyed girl from his past turns up, bloodied by a rival male, the instinct to protect overrides everything — including duty to his pack.

He’s ready to risk everything for her. But what’s love, and what’s an illusion?

Kyle is a lone wolf.  A shifter not born into his wolf, but turned with a bite during a scuffle trying to take down the bad guy during a fight.  He’s a cop, and now a cop with a secret.  He’s settled on the outskirts of the Twin Moon Ranch, considers most of the pack friendly, maybe some as friends.  But he’s determined to remain alone.  He’s learning his way around a totally new world, and so far he hasn’t done too badly.  Soon he’s going to face another battle, one where not only his future but his mate’s will hang in the balance of pack law and evil.

Stephanie has no idea what is happening to her, but her one overpowering instinct is to run.  Run from the man who attacked her, run from everything she’s ever known or made for herself.  She must be going crazy because there’s definitely a voice in her head telling her to do impossible things.  She’s lost a couple days with no memory of how that time  passed.  Now she’s stuck on the side of the road, in a car that worthless to her and still she needs to run… until a man from her past appears.  Kyle once meant everything to her, until life shoved them apart.  How ironic that he was here now, offering help, shelter and protection.  And if her senses, and this silly voice in her head were speaking truth – then he is much more, he is mate.

Desert Fate shows us that in this world (much like our real world) there are definitely good packs and horrific packs.  But there is also pack law, which is what Kyle and Stephanie will be fighting against in order to remain together.  Stephanie while human was bitten by a member of a totally crazy, nasty pack intending her as his mate.  She ran, and he followed.  By pack law, Stephanie belongs with this no good, despicable pack… because she was turned, even though unwillingly, by a pack member.

While trying to grasp what is happening to her, Stephanie must also deal with reuniting with Kyle, fear of the pack member who is chasing her and being torn apart from the man she loves and understands instinctively is her mate.  That’s a lot to handle.

Desert Fate is intense, nerve wracking at times, a sexy love story and a further look into the lives of the pack at Twin Moon Ranch.  We’ll revisit with previous couples, see life move on naturally for many, meet a few new people and absolutely loathe that totally crazed pack that is trying to steal Stephanie away.  If you enjoy Shifter Romance then you’ll love this title and this series.  I would highly recommend it for any Shifter Romance reader.