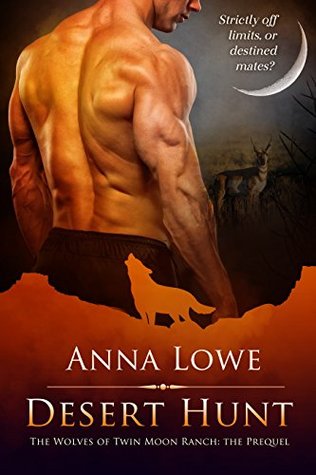 Rae has a secret — one she can’t allow any wolf pack to discover. But with an old enemy hot on her heels, she has no option but to trust Zack, the man from the wrong side of the tracks. Taking off on the back of Zack’s Harley seems like good idea at first, but when she lowers her defenses for the captivating coyote shifter, she might just be risking it all.

The new she-wolf in town may be strictly off-limits, but Zack just can’t keep away. When the thrill of the chase gets his blood pumping in more ways than one, he’s ready to overstep every boundary and break every rule. Destiny says she’s his—but the pack’s ruling alpha says she belongs to another.

Rae has finally been given permission to transfer to the Twin Moon pack.  She’s been with several packs, evaded too many to count forced mating attempts by jerk wolves – she simply wants someplace to be at peace, call home without all the drama.  Unfortunately, she’s not going to find that at Twin Moons Ranch, at least not at first for this pack’s crafty older Alpha has plans for her… and they do not include free will.

Zack’s shifter heritage is half wolf, half coyote.  Yeah, considering how the coyotes act and the trouble they’re brewing right now, not a good combination to be.  But he’s not backing down from anyone – including a conniving Alpha who wants Zack’s mate for his own son, Ty who is Zack’s best friend.  Talk about complicated.

I really enjoyed Desert Hunt as a prequel to this series.  It answers questions, lays the ground work for future relationships and builds tensions all while slowly building this world.  Sometimes prequels add to the series, other times they really aren’t necessary.  This one sets up this series so nicely that it works on all levels for me.

Rae is facing a mating that neither she nor Ty want, danger from her past, fitting into a new pack and the knowledge that she’s found her mate but fears that they will not be able to be together.  Rae has… unique abilities… for a shifter.  Because of that she is a highly prized mate and asset to any pack.  She tries to hide this but without much success.  When true mates find each other, there is no option but to fight for the right to be with each other – no matter the cost.  I liked Rae, she’s gaining confidence and strength in herself and from Zack.  They work as a couple, and as important parts of this pack.

If you’re just starting the Twin Moon Ranch series, then I definitely suggest you start with Desert Hunt.  It’s a perfect introduction to an amazing series.