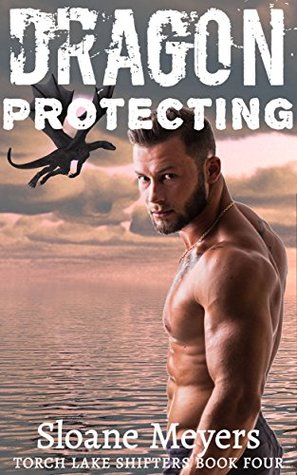 Her past wasn’t buried as well as she thought…

For wizard Sunny Rivera, the city of Torch Lake makes a perfect hiding place. With wizards and shifters from all walks of life, she can blend in and keep her past life in the past—which is exactly where it belongs. Besides, with a smoking hot dragon shifter for a neighbor, Sunny loves her new home. That is, she loves it until that dragon shifter starts sniffing around and realizes who she used to be. He needs her unique magical expertise, but Sunny’s afraid to face her old fears. To complicate things even more, her feelings for her sexy neighbor are starting to grow too strong to write off as just friendship. Can she find the courage to help him, and to let herself love him? Running off to hide again would be so much easier…

Dragon shifter Clint Wallace is facing a lot of pressure at work. He’s responsible for bringing more dragons to Torch Lake, but the dragons keep disappearing. Convinced that something sinister is at work, he devotes all his spare time to finding out who is behind the disappearances. He doesn’t have time for his bubbly new neighbor—no matter how gorgeous she is. He does his best to avoid her, until he realizes that she has a secret past that connects her to the dragon disappearances. She’s the only one who can help him, so he grits his teeth and asks her to work with him. Convincing her isn’t easy, and neither is convincing himself that the way his heart pounds around her doesn’t mean anything. But when Sunny’s life is in danger because he exposed her past, he realizes that nothing matters more to him than keeping her safe.

Can Clint protect Sunny from the past that’s trying to destroy her—and prove his love for her before it’s too late?

In Dragon Protecting we get a sense of just how powerful the Dark Warriors are becoming in dark magic.  The High Council is scrambling to explain why the dragons they are trying to recruit to Torch Lake are simply disappearing – and blaming the one person they should have not messed with, Clint.  This is a dragon shifter who is doing everything right, yet the results are coming out wrong.  There’s a reason, and he is determined to figure out what that is.  Little did he know that the answer lies in the new girl in his one man neighborhood – or that his lifemate was right next door.

Sunny was hiding in plain sight in Torch Lake.  She believed her entire clan of wizards had been wiped out by the War.  She has knowledge and talent that must remain out of sight for the safety of those around her.  Yet, there is a new danger, one that she has the ability to do something about.  If she is willing to take the risks involved.

Dragon Protecting is coming closer to what I had expected from the beginning of this series.  I will admit that although I’ve enjoyed it, also I’ve been waiting for more and I believe I’ve found the beginning of that in these last two stories.  There is dark magic afoot and Sunny is the key to countering that magic.  Clint and Sunny obviously share an attraction and eventually that spark will ignite as Clint realizes that they are lifemates.  There is danger, battles, surprises and a very steamy romance in this story.  I did miss the other members of this community being involved, even on the fringes.  That sense of pack that comes from people working closely together is part of what I enjoy in shifter stories.  I did miss that feeling.  Sunny and Clint work well together and another chapter of Torch Lake opens up.  Now to see where it goes.  I’d recommend this story and this series to any Paranormal Romance or Shifter Romance reader.