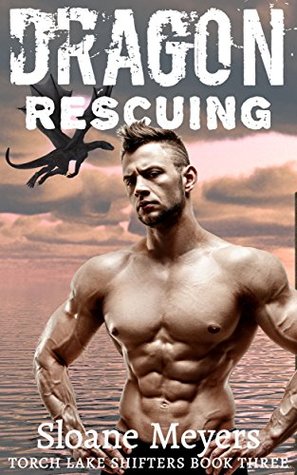 Secrets can be deadly…

For wizard Sofia Hayes, being hated is a part of her job. Working on top-secret missions for her clan’s High Council doesn’t usually earn her many friendships, and her current mission is no exception. The handsome dragon shifter she’s working with hates her, even though Sofia finds herself slowly falling for him. If only he knew who she really was, and what she was really working on…but Sofia can’t tell him without compromising her mission. When some Dark Warriors discover her true identity, however, her life is in grave danger and only Leif can save her. Will he realize before it’s too late that Sofia isn’t at all who he thought she was—and give her a chance to show him what her heart really beats for?

Dragon shifter Leif Redding is an expert at his job, and he doesn’t need a junior audit agent like Sofia Hayes to give him advice. Sure, she’s the most beautiful woman he’s ever seen, but he still can’t stand her, or the way she convinces the High Council to force him to do things her way. He’d be happy if he never had to speak to her again—or so he thinks. When Sofia’s true mission is discovered, her life is in danger and Leif is racing against time to save her. As secrets unravel, and Leif’s chance at rescuing Sofia slips away, he realizes that she’s not only beautiful and brave—she is also his destiny.

Will Leif be able to save Sofia and give the spark of love between them a chance?

Dragon Rescuing offers up an interesting and frustrating dilemma for Sofia.  The dragon shifter she’s attracted to is doing a very good job of hating her guts, despising the very ground she walks on – and for good reason.  She is after all messing with his job, the past decisions of the High Council and deliberately messing with his head every chance she gets.  That’s all part of her job, and she cannot tell him the truth simply because she is attracted to Leif that would blow her entire mission out of the water, and it’s too important to risk.  So she has to put up a good front, not let her guard down and try to ignore the pull she feels for this man.  Yeah, mission impossible much?

With Dragon Rescuing this series seems to be taking a slight shift (no pun intended).  As always, that’s an impression but without giving away spoilers I cannot explain my feelings on this – I’ll simply have to see how it all plays out in the next book.  Leif and Sofia’s story brings the Torch Lake Shifters series along a bit further, shows just how badly dark magic is still involved and puts together too unlikely, on the surface, people.  There is danger here, quite a bit of it, loyalties questioned, a change in the feel of the series and a very good story.  Oh, and definitely steamy sexy times.  I’d recommend Dragon Rescuing to any Paranormal Romance or Shifter Romance reader who enjoys a tight plot, interesting secondary characters, an ongoing yet changing danger and two strong main characters to be involved with.