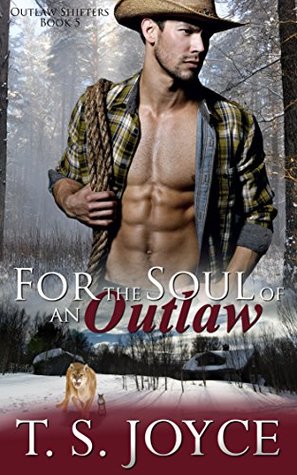 Genie isn’t what people expected. She isn’t just a squirrel, but a shifter in hiding named Tenlee. She’s dug herself into a deep hole, and now her past has come back to haunt her and hurt her friends in the Two Claws Clan. Not only that, but the man she loves had left the ranch, and left her in despair. The fury of the crows is growing by the day, and she could end this war by simply turning herself in. But when mountain lion shifter, Kurt, comes back, it’s not so simple to leave. Now she has someone to stay for..and also someone to fight for.

Kurt is a simple man. He wants his son to be safe, his friends to be happy, and he wishes he could live to see both. He’s done something that has poisoned him though, something that ended his old Clan, and now the consequences are steep. But when he finds a girl trespassing on Two Claws land, the course of his life is changed forever. He was wrong about Genie. And though her secrets run deep, and she feels dangerous, there is something about the wild beauty that has his heart racing. And now life isn’t so simple. He still wants his son to be safe, and his friends to be happy, but now he’s desperate to save himself and get to know the mysterious shifter who has completely stolen his heart.

I do not have words for my experience with For The Soul Of An Outlaw other than to say if I could give it a 1010 star rating I would.  Kurt and Tenlee’s story broke my heart and put it right back together again.  Actually, everyone (except the jerk bad guys) gave me tears to cry, and laughter to bubble up and escape.

I’m not going to take any chances with spoilers getting loose so this review is going to be very simple.

If you have followed the Outlaw Shifters series then you already know how unique and special they all are.  This story will capture your imagination, it will not let go of you until you finish it in one setting and you will remember these characters long after the final page has been turned.

I loved Ten, she is the most honest speaking character ever for she has no filters, at all.  If she thinks it she speaks it.  Her love for Kurt, Gunner and everyone else shines through her actions so clearly.

This, for stories like For The Soul Of An Outlaw, this is why I read T.S. Joyce – and why you should, too.  Block out some alone time, grab a box of tissues and sit down and enjoy every minute of Ten and Kurt’s story.  You will be captivated.  I would highly recommend this story to any Paranormal Romance or Shifter Romance reader.