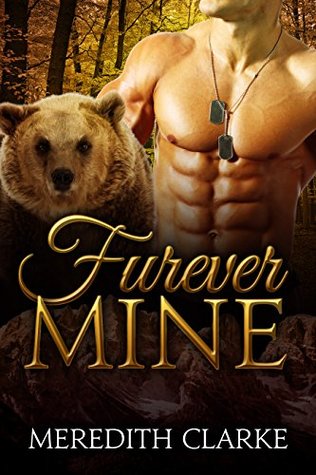 Cash is one angry man or bear.  He’s always had anger issues, but when Kurt and Scarlett mated it simply brought out the absolute worst in Cash.  Not because he apposed the match, but with the Alpha mated now the rest of the clan was feeling that need much stronger… Cash strongest of all.  Even though he didn’t buy into the fated mates thing.  When one incident puts Cash way over the edge, Kurt puts his foot down.  He needs a mate… now.  And the best place to find her may be Bear Ridge Resort.

Alani needed this job, she didn’t need the additional attention from her manager though.  He even changed her preferred name over to the nickname on her name tag to Lani – but whatever, it was a good paycheck and she’d get over herself.  The strict rules about not getting close to the guest was doubly imposed by Bryce, the manager.  Although Lani suspected his interest was more in her and just yuck on that idea.  She didn’t expect to connect with one guest as she did.  Yet with Cash, those silly rules just faded away.  They’d be careful but she had no idea that fated mates will fight for what is theirs – and Cash has just realized that his fated mate is a reality standing right in front of  him.

Furever Mine is a fun, interesting shifter romance.  The shifters in this universe were created and that adds yet another little bit of shifter lore.  The main characters are engaging and I enjoyed watching their romance come to  life.  The only puzzle I had with this story was a name change for the Beta of the clan, which was Cash.  In the first connecting story the Beta was differently named.  Not nitpicking, but having read them so close together that fact stuck out like a broken thumb to me.  It doesn’t affect the story one bit, just one of those “Mmmmm” moments, ya know?

Any shifter romance reader would enjoy this one, and I’d not hesitate to recommend it.