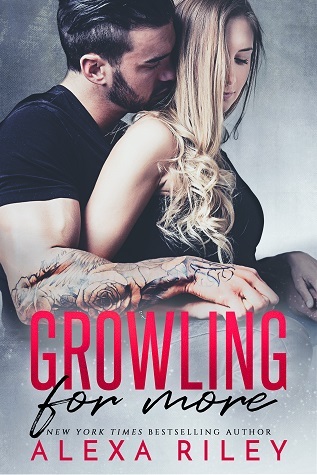 I originally read this story when it was part of the Grayslake: More Than Mated Kindle World.  You may have as well, so check your e-readers to be certain.  I know I went through Amazon and bought up a lot of KW titles because I wanted to read them as originally intended before the Kindle World titles went away forever.  I’ve also re-read or just read the revamped Growling For More that is simply a sexy as sin, steamy as a sauna single title romp.

Of the two, I prefer the Growling for Mine that was part of the Grayslake world.  It’s a personal preference really as the story is basically the same.  Why?  Well, I certainly enjoy the steamy, sexy parts… but that’s not the whole reason that I read Shifter Romance.  I enjoy the sense of community as well, a larger picture.  That is why the former Kindle World edition is the one I most enjoyed…. even though this story is all about Bleu and Lola.  *wink*

If you’re in the mood for a possessive, hot and sexy,, growl-y bear shifter finally finding his mate then you’ll have a great time with Growling for More.