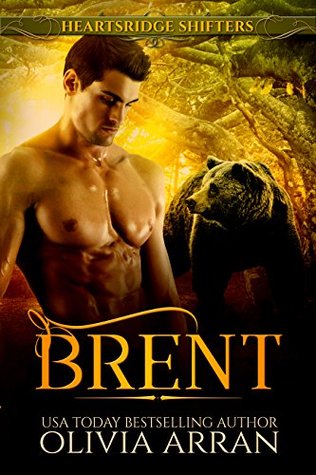 Team South-One Bear shifter Brent Casey has a secret. He’s not the calm, easy going guy everyone thinks he is. Even his team aren’t aware of the battle he fights daily to stay in control. Underneath his skin lives his beast. Sounds like every normal, regular shifter, right? Only his bear is broken, ready to erupt at the slightest loss of control. The quiet, regulated life of the shifter town of Heartsridge is the only thing keeping him sane.

But someone is threatening the town, trying to destroy it. Spies hide in the shadows and it’s his job to track them down. Enter his brother, Michael, unofficial leader of the rogues and the last person he ever wanted to see again. They have to work together, and it’s taking everything Brent’s got not to blow a fuse. Throw in a strange woman, with fiery hair and soulful gray eyes that he can’t forget, and he’s near breaking point. He has a town to protect, yet he can’t stop thinking about the fragile human. She doesn’t smell like his fated mate, so who is she to him, and why does he care?

Doctor Emma Kew’s luck is running out. The medical specialists have informed her that they’ve done everything they can, and that all she has left to look forward to is a miracle. Focused and armed with a streak of stubbornness a mile wide, she goes to Heartsridge to find a solution. To find a shifter, actually. The original plan was that any shifter would do, but when a large, scowling man nearly mows her down in the street, she makes a snap decision. She wants him. The man with the tortured eyes that see straight into her soul. He’s the one who’ll save her.

But when the threat to the town escalates and Brent’s world starts falling apart, will Emma find a place by his side? She might be the one to give him everything he’s ever wanted. She might also be the one to finally destroy him.

Fate can be cruel and control sometimes nothing but an illusion. Decisions have consequences and repercussions. Is Brent ready to face the truth and do what needs to be done?

I’ve read, and enjoyed many of Olivia Arran’s stories and series, yet I have to admit that Heartsridge Shifters: Brent is one of her most thoughtful, tender stories in the midst of danger and violence against the town and people of Heartsridge.  You have just about everything you need to know about this story in the Cover Description.  What you don’t find there are the emotions that this one is going to deliver.

Emma is such a strong woman who has a battle on her hands.  She’s made a decision, now she simply has to follow through on her plan.  That plan goes a bit haywire when she is almost walked over by one handsome, sexy and annoyed shifter.  She stands up to him and that was it for both of them.  Although it takes a bit for them to realize their fate is sealed.

Brent has issues from his past, his present and a mind full of anger.  The last thing he’s interested in is another human in town looking for what will get the shifter pulling such a stunt in deep trouble.  Her scent is off, but despite the attraction pulling him, Brent is pretty certain she isn’t his fated mate.  His reactions prove otherwise though.

There is a lot going on in Heartsridge Shifters: Brent yet nothing feels overwhelming.  Each event flows easily into the next just as natural as life and war.  We will get another glimpse into the tight knit community of these shifters, learn more about each individual and perhaps see some future couples begin to get their first hints about each other.  The fight with the Purists escalates drastically and fuels much of this story.  You’ll be facing a storm of emotions in this one.  And every single one is well worth experiencing.  I believe this is Ms Arran’s best story yet.  And since they’ve all been pretty amazing, that’s saying something.

I’d highly recommend this story and this series to any Paranormal Romance or Shifter Romance reader.  You’ll find a compelling story line, interesting characters and a town you’ll want to visit for yourself.