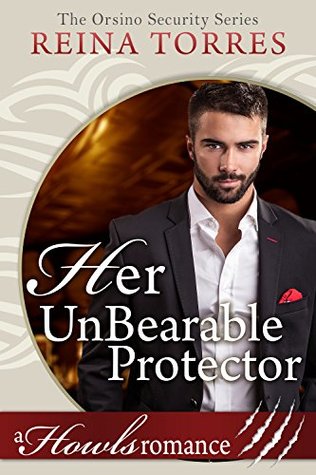 When the threats against Natale’s life and work escalated her father stepped in and hired a bodyguard for his beloved daughter. Salvatore, with his brothers, owned one of the best security companies around… which just happened to be run by bear shifters from Italy.  What Natale thought she was agreeing to in a bodyguard who would sit on the sidelines and not bother her and what she got in the sexy, handsome, in her space Salvatore were two totally opposite things.  And the really odd thing was that this stranger left her breathless, and her shape seemed to be besides the point of his attraction to her.  She had a major fashion show to put on in days, her designs were the future of her father’s company, she was being threatened or stalked by some unseen person and she couldn’t fail or be distracted by this amazingly hot man.  Tell that to her mind or her heart.

Salvatore knew who this lovely woman was within moments of meeting her… his bear knew as well.  And although he would have given her the best protection money could buy under any circumstances, now she was his to protect for a different reason.  His mate.  His lovely, sexy, over stressed, oblivious to the danger she’s in… mate.

Her UnBearable Protector is a fast paced mystery, suspense, shifter romance that will easily capture your interest and attention.  Natale and Salvatore are quite the match, stubborn, prideful, and did I mention stubborn.  It’s not difficult to pick out the person behind Natale’s troubles, I don’t think it was intended to be deeply hidden.  I often had the feeling that you get in movies where the audience is screaming at the screen “don’t do down in the basement”… but you know the character will.  I wanted Natale to be far less trusting when things didn’t make any sense to her, to trust her instincts and not slip away from her bodyguard… but characters rarely listen to me.

I enjoyed my time in this world with interesting, deeply filled out characters, a good plot, and a sexual tension that flows off the page.  The fun part is that this story is the start of a series, so the other brothers we met will also have their stories told and that I’m looking forward to.  If you enjoy a mystery, one sexy couple, and a villain who defines nasty then this is a story that you’d enjoy.  I’d recommend Her UnBearable Protector for any Paranormal Romance or Shifter Romance reader.