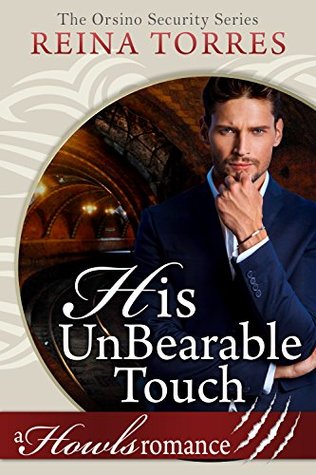 She was a woman who lived in the dark – She brought light into his lonely world – If he lost her, he’d lose more than just his heart, he may lose the rest of his humanity.

Ten years ago, Bear Shifter Valerio Orsino followed his heart and moved from Italy to America searching for his mate. There was one moment when he felt as though he’d come so very close, only to have the feeling slip away like a ghost, and so he stayed hoping that Fate would play his hand. His brothers followed him to NY and now, his older brother, Salvatore, is happily mated. An odd twist of fate puts him in the right place to be a hero, but unlike the countless times he has assisted other people, the woman he finds in his arms just may save him in return… the curvy beauty is his mate, his love, his destiny… and she’s blind.

Allegra Rossetti has lived in darkness for nearly a decade. After a vicious attack left her blind and withdrawn, she gave up on her music and the rest of the world. As time went on, the music that lived in her heart would not be denied and she ventured back into the world outside, if just to breathe the crisp fall air, and hope that this time around life wouldn’t be so cruel to her.

The careless error of another puts Allegra in danger and when she’s pulled into a protective embrace, she is astonished at her reaction. Jealousy took her sight and left her with a fear of intimacy, but with Valerio she finds herself reaching out instead of pulling away.

A vengeful heart threatens to pull them apart and extinguish her light forever. Could Valerio lose what has taken him a lifetime to find? Will Allegra trust him enough to take the leap?

I fell in love with the Orsino brothers during the first book, Her UnBearable Protector, and if it’s possible, I fell even deeper under their spell while reading His Unbearable Touch.  If you love strong, powerful Alpha men who don’t need to pound their chests to get their point across, then you’ll fall in love with these brothers as well.

Allegra and Valerio’s love story will take your breath away not only from the obvious devotion between them but in the intricate ways that Ms Torres incorporated Allegra’s blindness into every aspect of their lives through smell, touch, sensations.  Allegra’s world was brought alive for us, and that added so much to this story, emotionally.  You’ll pick up on bad vibes from several secondary characters.  Some are simply thoughtless, yet there is someone more sinister involved.  The story builds steadily both in intensity and in watching for danger to strike.  I have to admit that it was deeply satisfying to see that one particular person get exactly what they deserved.  I actually had wished for even more.  I know, I can be rather bloodthirsty at times in defense of favorite characters.

I don’t want to spoil this captivating story for you so I’ll simply say this is a story that will touch your emotions and keep you gripping the edges of your reading chair.  I was very glad to see Salvatore, Natalie and Uberto play important roles in Allegra and Valerio’s story – I tend to think of them as a unit now.  I’d highly recommend this story and series to any Paranormal Romance or Shifter Romance reader who enjoys a story that will hold your attention, engaging characters and a main couple that you’ll want to find their happy ending together.  Completely enjoyed my time in this world once again, and soon the third story will be released.  I can’t wait for Uberto’s story.