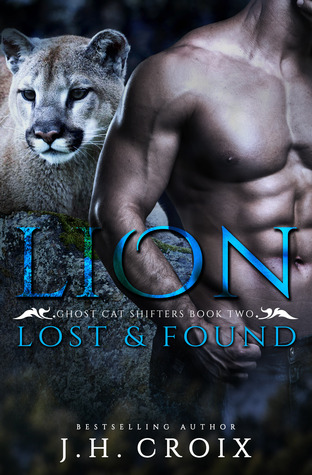 We first met Heath and Vivi in The Lion Within, Sophia and Daniel’s story – which also sets up part of the drug smuggling ring aspects of this story.  It was obvious that our couple had a strong interest going on in the previous story, and now we get to hear their tale.

Because the Cover Blurb gives such a good, detailed summary of what you’ll find within this story, I’m not going to rehash it much but move on to my reactions to this amazingly strong couple’s romance.

Heath is pulling his life back together after facing a difficult year that included the car accident that resulted in such severe pain that he became addicted to pain medicine… which lead to his making a foolish decision that he’s paid dearly for.  It hasn’t gone unnoticed that his high school crush seems just as interested in him now as he is in her.  He always held off on acting on the attraction he’s felt for Vivi – after all, she’s his sister’s best friend and there could be complications.  Yet, if this past year has taught him anything it’s to grab onto life and live it fully.  He knows Vivi is his mate, he’s known even before he went away to the military but he hesitated – no more.  It’s gonna take some work, but the lady of his dreams and her daughter are well worth the work.

Vivi has almost loved Heath most of her life.  He’s definitely the crush of her high school days, but when he went away to the military she felt he’d made his choice and it wasn’t her.  She got a bit dazzled by a handsome man who offered good times – and no commitment, especially when she became pregnant.  He was outta there because everyone knew that Shifter males had to be free and not tied down.  Yeah. Right.  She’s a single mom who doesn’t trust like she used to.  And because of her situation with the scumbag Chris, she’s very hesitant of handing over her heart and daughter’s affection to Heath.

Vivi is one of those characters that you understand why they’re acting like the are – but you still want to sit them down and give them a stern talking to.  It’s going to take a near tragedy for her to truly open her eyes to what her heart already knows.  She’s not wrong, she is afraid and reluctant to hand over her trust… because of that, she makes decisions based on the past,not the present or the promise of the future.

Lion Lost & Found is a truly compelling, at times heartbreaking story of two people who belong together – they have to get past their issues to realize that and honestly accept the other for exactly what they are.  I believe that any mother, especially a single mom will understand Vivi’s hesitation in letting Heath into their lives.  As a reader I wanted her to trust the hero, as a mom I understood why she took so long.  Heath has come so far, and worked so hard to be the man he is now.  His love for Vivi is strong, and he’ll give her all the time he can.  But life is full of changes, and the drug smuggling ring is very real and close to being shut down.  Which brings us the danger and action of this story.

It seems that this story wraps up the spin-off from the Catamount Lion Shifters series… yet, one can always hope for another story, right?  *grin*  I would not hesitate to recommend these stories to any Shifter Romance reader.  You’re going to get realistic characters with true to life difficulties and the emotions that go along with just living.  Now I have to backtrack a bit and go start the Catamount Lion Shifters series, since I seem to have put the cart before the horse, so to speak.