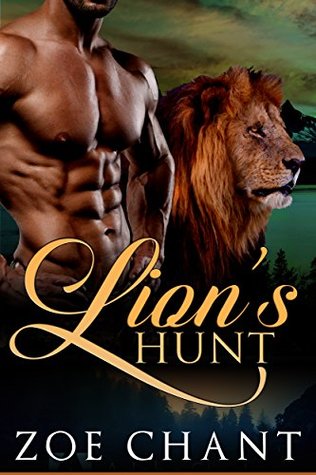 Seth is a wanderer.  He’s happiest in the wilds of the world with no other humans in sight.  Not that he stays in his human form all the time in his travels, but still he has the wanderlust bad and always has.  Up until recently, when he’s beginning to wonder if this is what he truly wants out of life.  He certainly hasn’t met his mate on his travels – and while roaming the world might be an adventure, it does get lonely at times.  So when his older brother, Max, managed to get a message to him to return home, Seth didn’t hesitate.  Max rarely asked for his help and maybe it was time to go home.. for a bit at least.

Cassie is a small town girl, living among the beauty of the mountains.  While her job as administrative assistant isn’t exactly exciting, it at least makes the school loan payments each month.  And like many others before her, she actually does more of her boss’ job than the jerk does himself.  Which is why she often makes up stories about the people who work for one particular project.  She’s never met any of them except through emails, and that’s odd in itself.  But the numbers, equipment and people simply don’t add up… in more ways than one… so she spins elaborate tales and gets on with the job.  She’d much rather be out hiking the beauty of the surrounding mountains as she has a bit of a wishful traveler’s mindset, but work has to come first.

Life is about to change for Cassie, in far more ways than she could have imagined.  She’s, once again, been given her boss’ task of walking an IRS agent through the project books, all except one special project that her boss will handle – let’s call that try to hide.

Seth was on a different type of adventure for his brother Max.  There are strong suspicions about one particular project by one of the huge conglomerate’s businesses.  Seth is doing some undercover investigating.  What he never expected to find was his mate.  Sweet, funny, beautiful Cassie right here and he refused to lie to his mate.

What follows is dangerous, exciting and a love to last a lifetime.  But first they need to shut down a research lab that should never have existed.

Lion’s Hunt is exactly what I always expect from Zoe Chant – a funny, engaging, sizzling adventure when two people find that one person who is perfect for them alone.  Before these two world wanderers can set out on their own personal adventure, they have to stop some very bad people from exploiting Shifters.  Their story is full of sexual tension, definitely burning up some sheets, and a very solid mystery to solve.  It also sets up the groundwork for the rest of the series.  Our stoic, serious businessman Max got quite the surprise, which he covered up very quickly, during this shutting down of the evil doctors…we’ll just have to wait and see.

I would definitely recommend Lion’s Hunt for any Paranormal Romance or Shifter Romance reader.  You’ll find charming and sexy characters, as well as an engaging story.