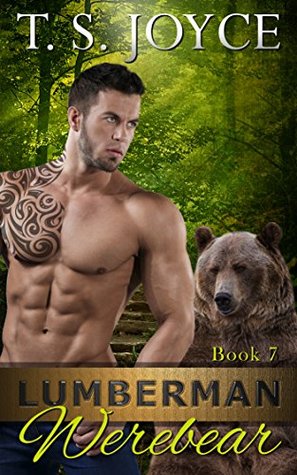 Haydan Walker is perfectly content as the only remaining bachelor in the Ashe Crew. Sure, his crew seems happy, but his bear is different and has no urge to find a mate. So when one of the Gray Backs begs him to claim his sister, Haydan’s instinct is to run as far away as he can. Cassie Belle isn’t taking no for an answer, though, and Haydan is about to find out the little sexy-as-hell, smart-mouthed hellion is toting some serious baggage.

Cassie is no pushover. She knows what she wants, and she patiently hunts until she gets it. And right now, she wants Haydan to claim her so she’ll be under the protection of the giant, tatted-up, steely-eyed bad boy bear shifter. She’ll be the perfect mate—friends with benefits—and she’ll be sure to leave her emotions at the door. It’s a solid plan until Haydan shows her how different life could be if she’d only let someone in.

Change is hard, and facing her past even harder, but if she can allow Haydan to help, Cassie just might find the sanctuary she’s been searching for.

Hayden expected to take home a pleasant buzz from Sammy’s bar that night – certainly not a mate.  Matt, the major pain in the butt and trouble bringer from the Gray Back Crew has singled him out as a mate for his sister, Cassie.  Hayden angrily brushes him off only to discover the subject of their conversation waiting for him in his Jeep.  Cassie is determined to gain Hayden’s protection as well as that of the Ashe Crew and Damon Daye.  Her Alpha is crazed, has killed her mate and intends to claim her – she will do whatever she can to avoid that happening.

In all honesty, Cassie is one messed up young woman… and not entirely by her own fault.  She and her mate had survived the Menagerie, that IESA horror chamber of experiments on Shifters.  And the crew that they ended up with was very backwoods crazy to begin with.  She has no problem trading sex for protection, in fact she craves that release from the memories that hound her.  What she will not tolerate is affection, emotions – no way will she open up herself for that.  Unfortunately, Hayden has other plans for her and her detox starts now.

I’ve enjoyed the Saw Bears series so much.  The Ashe Crew is registering as Shifters just as Cassie joins them.  They are outing themselves to a wary pubic and who knows what will happen to them now.  But the connections between them all, mates and friends is so strong I’ve no doubt these guys can handle anything that gets tossed at them.

Cassie and Hayden were the perfect wrap up couple to round out the Ashe Crew.  Now we move on to the Gray Back Bears Crew.