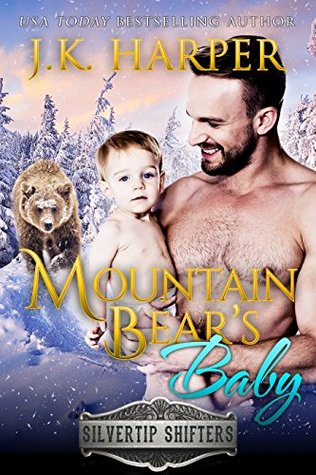 Rough, gruff bear shifter Shane Walker left behind his fighting past for a fresh start in life.

But when Jessie McMillan, the passionate three-night stand he also left behind, unexpectedly shows up shortly before Christmas with a baby boy that’s his son, can he rein in his wild bear before he ruins everything again?

**This title was part of the holiday bundle: Shifters in the Snow Bundle of Joy.**

At one time Maverick Walker used the fighting ring to let his demons out, he was often out of control holding onto his past and not caring much about anything.  That began to change when  he met Jessie and he had three amazing nights with the one woman who seemed to reach some deeper part of him.  But, like always, Maverick couldn’t trust himself so after their sensuous three nights were over he was gone as well.  Only this time he carried a woman’s memory with him… and he made the best decision of his life, to head home to Deep Hollow and heal.  And maybe one day be a good enough man to search out Jessie again.  Little did he know that fate was about to give him a helping hand on that plan.

Mountain Bear’s Baby is a quick read and takes us further into the Silvertip Shifters series.  Shane is an amazing man.  Yeah, he’s had come rough things handed to him in life but he’s gaining control, reining in his bear and making changes.  That sense he had about Jessie turned out to be right on the spot, and now he has a son… and a mate.  Watching Shane, Jessie and Grant become a family was a delightful experience.  It’s not always easy, but love is worth it in the end.  I had fun in this world once again and would recommend this story and this series to any Paranormal Romance or Shifter Romance reader.