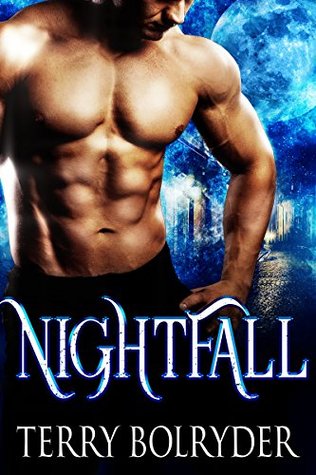 Sasha Harrington has horrible taste in men. After her latest fiasco, she has sworn of relationships. But when a handsome man with striking features and a body made of rock-hard muscle wanders into her library, asking for her help, she starts getting ideas again. That is, until she finds out it’s Dare Lancaster, the same man who tried to kidnap her and her friend and who changes into an eight-foot tall monstrosity at midnight.

Dare Lancaster has only two goals in life: Keeping his and his brother’s identities as night-roving horrors secret, and tracking down the woman that made them and bringing her to justice. And with Sasha knowing what he is, Dare knows he needs to keep a close eye on her. Even if that means making a deal with the curvy librarian to aid her in return for assistance in something that only she can help him with.

But very quickly both lonely hearts find that keeping their hands to themselves is a more difficult prospect than imagined. And as much as Dare may think he’s helping, Sasha can’t help but see his overwhelming possessiveness as a sign of something more. And even though Dare knows he’s coming closer to the truth than ever before, he’s determined to do the right thing for someone else for the first time in his life. Even if it kills him.

The newest series, Nightmare Dragons, is a darker, more intense and longer set of stories from Terry Bolryder.  I love her stories, I will always pick up the newest one… yet, I also love to see an author take some risks, move a little further along their comfort zone, so to speak.  And this series is definitely well worth your time, and emotional involvement.

We met Dare and Sasha in the previous book, Midnight, under not the best of first impressions that’s for certain as Dare had literally kidnapped Lillian and Sasha for a bit.  All worked out well in the end, mostly.  But now Dare is back and asking Sasha for help… in his charming, completely sarcastic manner.  It was discovered that when Lillian was with Nathan at midnight he wouldn’t transform, so Dare has gotten the idea that any human female would keep his transformation at bay in order for him to do the investigating he needs to do in finding their creator… something best done at night.  The only human female he knows really is Sasha, and aside from that little detail of kidnapping her and her friend that one night, he has all the confidence in the world that she will help him.  After all, he has the ability to help her find what she desires… one good, lifelong man.  Dare just didn’t know when they started that her lifelong man was him.

I admit, it took me a little bit of time to begin to see past Dare’s arrogance to his vulnerable side, but once discovered he had my  heart.  At the base of his life, Dare is lonely, driven to find his and his brothers creator and make them pay… but still after his long life of isolation he’s lonely.  And Sasha is no pushover, she delights him beyond what he thought possible.  In their journey of discovery Dare will soften, just a little bit, and find that his views on humans, or at least one of the species, is changing.  He didn’t believe that a mate was possible for him… now that possibility is opening up emotions that he isn’t ready to deal with.  Yet losing the one woman who understands him, in spite of himself, is a future that is unbearable.

We’ll run into some surprises in Nightfall.  Delightful ones, but I won’t spoil that discovery.  I’m loving this longer length, more suspenseful, more involved series and I’m definitely  anxiously waiting for what comes next.  It’s hard to not feel empathy for Dare and his brothers, a bit of awe and pride in the human women who take them on, and their romance is involved, suspenseful, sexy as sin and at the heart, full of a unique love for a monster who really isn’t.  I would recommend the Nightmare Dragons series to any Paranormal Romance or Shifter Romance reader who loves action, suspense, a puzzle to solve, steamy moments and a love worth fighting for.  You’ll be hooked, in the best way possible.