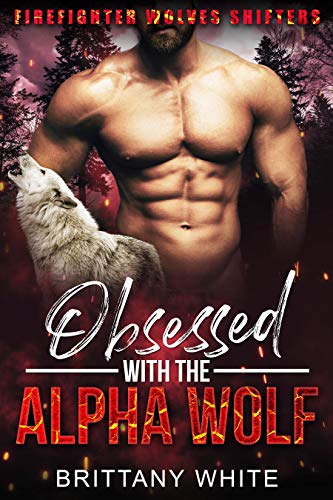 Only she could soothe the storm raging inside him…

She only knows me as a firefighter who saved her life.
My truth is much darker.
She might never forgive me once she finds out who I really am.

Something dangerous is coming for his pack. Ben Stokes, wolf shifter and Alpha of the Lenox pack can feel it deep in his bones. His problems are only compounded when he meets a human woman, who he is drawn to despite knowing that tangling with a human would spell disaster. And Ben cannot explain why his instincts want to turn him into her protector. He knows that he shouldn’t get close to her… but he can’t stop himself.

Lana Deary has come to Lenox to start a new business and new life. Only things don’t go according to plan when she arrives to find her business a smoldering mess and her attraction to Ben Stokes, the hot firefighter she meets on the scene is not part of her plan.

As Ben tries to hold his pack together as the feeling of danger ramps up, and Lana tries to rebuild the ruins of her life, the attraction between the two of them is undeniable. But as their passion grows, so does the danger to the love blossoming between them.

And when an old enemy does come to Lenox, Ben will have to choose between love for his pack and love for the woman who may just well be his mate.

Obsessed with the Alpha Wolf begins the Firefighter Wolves Shifters series with an intense romance with two extremely stubborn people – but Ben wins, hands down, on being stubborn to the point of hurting himself.  As far as I can remember, this is my first story by Brittany White.  I like her style, the way she plots her story and the way she brings her characters to life.  I’ll be following this series, and perhaps dip into some of her other series in the next few weeks.

Lana’s arrival in her new hometown ready to open up her dream bookstore is met with disaster from the moment she hits town.  Her bookstore is damaged but not beyond repair yet that hot, sex on a stick sexy fire chief is annoying beyond words from the moment they met.  She has no idea that she is setting off alarms with Ben’s wolf or that as his pack’s Alpha his decision to never let humans close to his pack is in very real danger of crumbling once he realizes that Lana is his mate – his human mate.  Then he goes and does something Alpha stupid… stubborn, bullheaded wolf.

The Lennox’s pack’s past is about to invade their present and try to steal their future.  A battle is brewing and Ben makes decisions that are so counterproductive to both himself and Lana.  It will take cunning, strength, and sheer will to fix this problem once and for all – then he just has to win back his mate, the mate he angered, hurt, and sent on her way.  Yeah.  Right.  Easy peasy – not.

I enjoyed Obsessed with the Alpha Wolf very much, and have no intention of giving any more away.  This one you’ll want to wrap around yourself as you take the first journey into a new series with intriguing, intense characters and situations.  I’ve got Craved by the Alpha Wolf downloaded and will be starting that in the next few days.  If you love a good Paranormal Romance or Shifter Romance then you’ll want to check this one out… now.