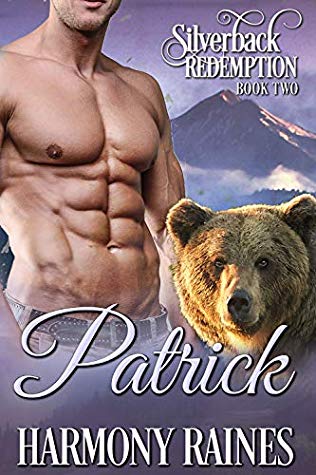 A mate and family are everything to a bear shifter. Patrick found both in the middle of a storm. He intends to win their hearts at all costs.

It was a dark and stormy night! Bear shifter, Patrick, is helping fellow Silverback Savior, Gunner and his mate, Sadie, get to the hospital. It’s an emergency since Sadie is in labor and not even a raging storm can stop her baby from being born. However, a downed tree might just stop them from getting to the hospital. And being born in the back of a truck is not the way they want to welcome the new baby into the world.

Then, fate steps in.

A large fallen tree is blocking the route to Kelly’s new home and new life in Bear Creek. When a vehicle pulls up behind them and a handsome stranger taps on the window, single mom Kelly has no idea how her life is about to change.
What Kelly is about to discover is that her new life is missing one thing, a bear shifter for a mate.

But things do not run smoothly. Kelly’s reason for starting over is her son, Danny, who has become a shadow of himself since he witnessed a tragic accident. She hopes the move will help Danny put the past behind him. Her son is her sole responsibility and she intends to support him in any way she can. There is no room in her life for romance with a stranger.

Patrick continues the Silverback Redemption series with a story that is sure to grab your emotions on several levels.  The last place Patrick thought he’d run into his mate, at long last, was in the middle of a torrential storm trying to get Sadie and Gunner to the hospital for the birth of their baby.  But then things often turn out oddly for the members of the Silverback Saviors so why should finding his mate be any different.

As this spin-off series from the large Bear Creek/Bear Bluff series continues we get another taste of the pain and frustration of waiting most of one’s life for their mate to finally materialize – some may never find their mate, and that perhaps is the saddest reading experience of all.  Four men/bear shifters have formed a friendship and a rather unique family, one that is as close as any blood bond.  Learning why they’ve felt the intense need to be of service to others, to be that helping hand with no expectations of payback has been an emotional journey, and I’m sure it will only intensify over time.  Patrick’s back story is so close to little Danny’s that it’s obvious these two will form an almost instant bond, even before knowing all the facts.  I adored Danny, he’s been through so much for a youngster and his bravery, and will to come back from that event made him my favorite of this story – yes, even above Patrick and Kelly’s romance.

You’ll find the expected sizzling chemistry between Patrick and Kelly, a bad guy but not in the usual sense, Mother Nature’s fury, and the close bonds of friendship that are at the center of all of the Bear Creek/Bear Bluff stories.  I had such a good time with Patrick, and now it’s time for Killian’s story to be told.  If you love a good Shifter Romance with characters you’ll identify with and feel right at home with, then you’ll want to follow this series.

Dragon of Glass by Zoe Chant

Dragon of Glass by Zoe Chant