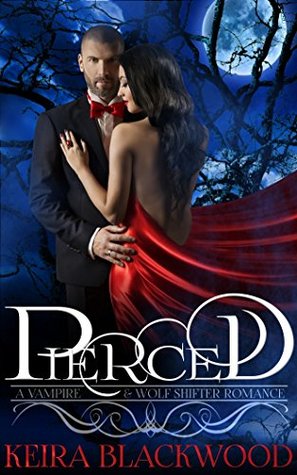 There are some supernatural creatures who have a very long history of not… playing nice with each other, no they’d rather rip out throats then get along.  You could say it’s their nature or more likely it’s the result of ages of mistrust, lies and miscommunication between the species.  As a reader, I usually keep my shifters separated from most other paranormal entities.  No, I’m not a purist villain from some paranormal romance but I’ve found it difficult over the years to find really good stories, believable within the genre stories that depict vampires and shifters as a workable couple.  Perhaps  a handful of stories that I would consider great pairings of vampire and shifter – and by great I mean eager and willing to re-read the story just to get another taste of the couple and their experience.  I grew up on Maggie Shayne’s Wings in the Night series – so, yeah, that’s honestly tough territory for a vampire romance.  And if you’ve followed this blog or my reviews, you know my love for all shifters cannot be matched by any other paranormal creatures.

Pierced gave me two people from often opposing supernatural worlds and presented them as a believable couple.  People who see past what they’ve been taught about each other’s “kind” to the person within.  To be frank, that’s not easy to accomplish.  Yet Keira Blackwood managed to go past what divides the species and focus on the other aspects of a couple in love – who just happen to be a vampire and a wolf shifter.  And they both have a common enemy to defeat as a murderous rampage is going on that must be stopped by any means.  Bennet and Hannah come together as an odd couple, unlikely though they may be, that totally works when you get down to the basics of the attraction for the person.  Who they are matters far more than what they are.  Add into the mix a quirky vampire loving best friend, a rude King, vampire friends closer to brothers who deserve their own stories… and a nasty killer to end.  Well, combine all that, mix well and you end up with a engaging romance with mystery, danger, sexiness and possibilities for more down the road.

I loved Pierced and really hope that it becomes the first story in a series – because we have more secondary characters who I need to know more about and to see them get their happy ever after as well.  There are possibilities in this story, time will tell if they become more stories.  If not, I’m content with a really good vampire-wolf shifter romance.  I can add one more title to that handful of combined romances that I would happily re-read.  In fact, I picked this one up on Kindle Unlimited, but I’m about to go purchase it because I will read it again.