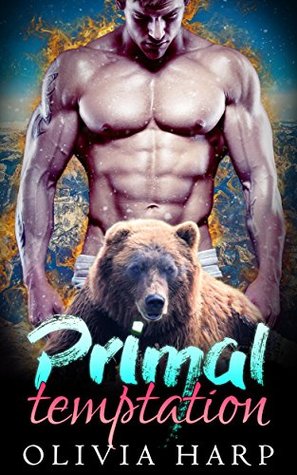 Sophia Korbin doesn’t want to hear anything about love again. Betrayed by her own crew, she now focuses on the only thing she’s ever been good at: hacking.

She has a debt to pay, and after years of trying, she might be able to finally atone for her past sins. But when her boss sends her to Alaska to find out what happened to a base North of the Arctic Circle, she will discover that the world is much more dangerous than she ever thought… and the greatest danger of all is falling in love.

Intellectual bear shifter Franklin Norwood is an alpha of few words, logic and hardware are his life. Fated mates? That’s a myth, a story shifters tell each other to feel better about themselves when they’re alone. But when he meets sexy, deliciously curvy Sophia, the ace coder he was sent to supervise, his world starts falling apart.

His bear roars for her, impossible to hold back. Desire floods him, is it possible that he was wrong?

Running against time, he struggles to keep his bear in control, especially now that it wants to claim Sophia as his fated mate… a move that would put her in a kind of danger much deadlier than he could ever imagine.

Primal Temptation takes our favorite resident nerd, geek, sex-on-a-stick bear shifter, Franklin, and puts him in the least likely spot of all.  Right in the Arctic Circle.  In the middle of nowhere.  Without his clan, with only one other person to work this job with.  And she just happens to be his mate.

Sophia is a super genius, nerd, geek extraordinaire, even beyond Franklin – and yet she’s fighting a battle with not only her bear but with the government suits who send her where trouble shooting and fixing need to happen.  And she lets them get away with it.  Oh, she has her reasons, but suddenly those don’t quite ring true when her bear wakes up and demands her mate.

A rather short feel story, Primal Temptation will focus on two shifters and one evil.  Alone at the top of the world Franklin and Sophia only have each other to depend on.  Their battle with evil, while epic, is only one battle they must fight.  Next they need to conquer Sophia’s perception of her own strengths and abilities – to bring out her true worth, to herself if no one else.

I enjoyed this story.  The focus was crisp and sharp on two people, meant to be together and their inner battles to become mates.  There is one scene when Sophia finally lets her inner bear roar and rips, verbally, the head off of a suit.  Priceless.  A good story, likable couple, sexy moments and a unique focus on this one couple.  We get a brief glimpse of life back at headquarters, but for the most part this story is all Franklin and Sophia.

I would recommend this series to any Shifter Romance who enjoys a good story, interesting characters, and the type of secondary characters that pull each story together as they wait for their own tale to be told or revisited.