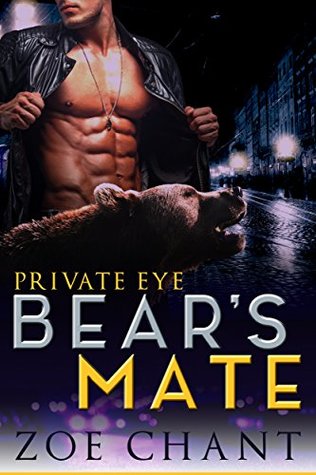 Alison Lawrence is the sultry-voiced DJ behind Up All Night, KJAM’s hit late-night show. But off the air, Alison’s life is a mess. She works twelve-hour days, hasn’t had a night off in months, and the only one who shares her bed is a finicky feline. And lately, she’s been getting creepy calls and a frightening feeling that someone is watching her.

Gage Thorson is a private detective with a twist: as a shifter, he can track criminals using his heightened senses. When KJAM hires him to identify Alison’s stalker, he’s more than up for the job— especially once he learns that her stalker claims to be her mate. Gage knows in his soul that Alison is his mate. But how can he ever tell her that?

First he’ll have to gain her trust. Then he’ll have to catch her stalker. And then— if he’s lucky— he’ll claim Alison as his mate.

Alison has a stalker, a crazed man obsessed with her being his mate.  His intentions are dangerous and they are rapidly escalating into an extreme danger zone.  Her boss has hired protection in the form of Gage Thorson, private detective, bear shifter.  Alison has very little knowledge of Shifters and really isn’t sure about this whole protection thing.  Gage immediately recognized Alison as his mate and his bear is in seventh heaven.  But they have a job to do, protecting their mate is more important than anything – including claiming her.

As the danger to Alison increases, so does the heat between she and Gage.  After a particularly bad confrontation with the stalker, Gage takes Alison back to his home which is his company’s headquarters and his clan’s home as well.  Here Alison gets a bit more of an education about Shifters and falls a bit deeper under Gage’s spell.  But she’s not looking for a long term relationship and Gage is being honorable in not claiming her.  Super hot moments, yes, but he needs to focus on finding the man out to harm his mate… so he hasn’t exactly told Alison that she is indeed his mate.  With one crazed man hunting her as his mate, Gage didn’t feel it was the right time to bring that rather large detail into the picture – that was his mistake.  His mate’s trust level in any man is extremely low and when Alison eventually finds out that Gage feels she is his mate she doesn’t react well at all.  Gage will walk away once she is safe – if that is what she truly wants.  And right now, it seems that is exactly what she wants.

Private Eye Bear’s Mate is gritty and darkly emotional.  I found myself frustrated with Alison for her attitude toward Gage for much of this story.  I get that she doesn’t trust in relationships, but Gage has done everything possible to calm, entice and protect her – and she’s focused on the wrong reaction to an omission.  Their chemistry is off the charts and eventually she will come around, I simply wanted to sit her down for a stern conversation, ya know?

I’m hoping that this stand alone title will eventually turn into a series, or a set of connecting stories.  The rest of the detectives in Gage’s clan sound fascinating from what we learned of them – and I’d really enjoy hearing their stories.