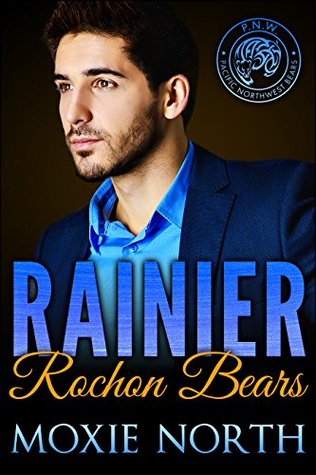 As a member of one of the oldest Shifter clans in the Pacific Northwest, Rainier Rochon was out of his element in Seattle, but it was nothing that a trip back to Apex and running through the woods with his bear couldn’t fix. He had a plan for his life, and he was right on track to achieve everything he had set out to. Graduating and returning home to work in the family business was all he ever planned. Simple.

The Fates, however, have aligned to throw a wrench in his painstakingly planned academic goals. There’s something different about the TA for his newest class. He can’t escape the fact that there is  more to Quinnlynn Sutter, something that will change his life, and hers, forever. Even though being with Quinn is the most natural thing in the world, he’s keeping a secret from her that could ruin everything.

His bear raged for her, called to her, but how could he tell her the truth?

Whether she wants to admit it or not, Quinn is rigid. The last thing she needs is a distraction like Rain, especially when he comes with a set of ultimatums that she can’t resist challenging. She can’t deny the magnetic pull she feels whenever he is close by, and the unexplainable ache she feels when they are apart. But he’s too intense, too close… and the last thing she wants is to lose sight of her dreams, or let someone else control her future.

I’m very torn on my thoughts about Rainier.  So much so that I’m going to be rather brief…. which says a lot actually considering how much I’ve loved the Pacific Northwest Bears and Pacific Northwest Cougars series.  It could simply be that I look for and enjoy a more mature shifter couple, and college aged young lovers is probably not my thing anymore.  Or it could be that I simply could not like or connect with Quinn.  I don’t know, I could analyze it til the moon turns blue and still not know why this story did not come alive for me…. until the second half when Rain took Quinn home to meet the larger than life older brother, Cash and the always quirky, adorable, unique Cassie and their sweet toddler twins.  It was then that my enjoyment level peaked.  Yet that was more from catching up with old friends than caring about Rain and Quinn’s issues.  So this was a 3 star read for me which puts it in the “good book” category, add a .5 because it’s the Rochon clan and I’ll round up on review sites to a 4 star review out of respect for Moxie North and the world she’s created.  I just could not love this one… and that saddens me a lot.  Fin’s story is up next and that one is loaded on the Kindle ready to go.

If you’ve loved the Rochon family then by all means, check out Rainier for your own enjoyment,  After all my thoughts are only one person’s opinion – you should make up your own mind.