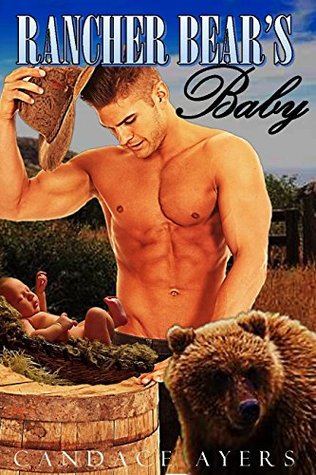 The cover blurb really tells you everything you need to know before picking up Rancher Bear’s Baby, so I’m going to go straight to my reactions to this story.

The first story in the Rancher Bears series is extremely short.  While it packs a powerful story in a few pages, it still gives you a good feel for who Alex and Elizabeth are at their core… basically good people.  Alex never looked to settle down, nor worried about inheriting the family ranch.  His thoughts on the one woman thing immediately changed when he laid eyes on Elizabeth.  Their connection was fast, hot and sexy.  I enjoyed this couple’s quick romance, and hope to run into them for updates throughout the rest of the series.

I wasn’t particularly impressed with the brothers of Alex that we met in this first story.  Rather jerks, in my opinion… but we’ll see how they turn out in their own stories.  Still, I have questions, several in fact yet I’m going to have to read the rest of the series to get those answers.  While that’s not necessarily a bad thing, I do kind of wish a few things had been wrapped up a bit tighter.  I really want to know why one jerk was at the ranch, I find myself annoyed that he was.  But you’ll get that feeling too when you pick up Rancher Bear’s Baby for your own reading pleasure.

I enjoy this one, and while it was very short it set up a good background to follow through on in the series.  I’ll be picking up the next story and see where it takes me.