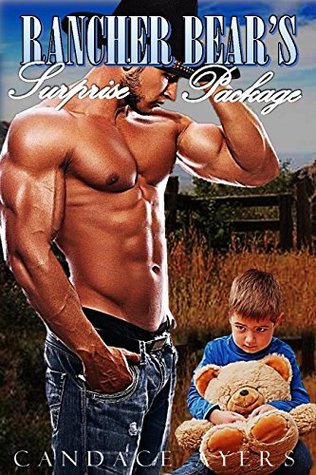 The death of the Long brothers’ father and his unusual stipulation in his will have left the brothers upset, at odds and in a heap of emotional pain.  Each is dealing in their own fashion.  Lucas has taken off on a search for a child he may or may not have fathered.  If he can provide that child then he’ll inherit the ranch since he knows the child would be the firstborn grandchild… if the child even exists.  What he didn’t expect was to have his son delivered to his doorstep or for his mate to reunite father and son.

Sammie is beyond the usual definition of shock.  Her partner, the two witnesses they were protecting have all been murdered in cold blood – and the child, Mason, has turned into a bear cub of all things.  She has one clue to try to bring Mason to someone who might be able to help him because if he’s a baby bear then there has to be a papa bear somewhere, right?  She didn’t expect to love Mason so much or to find it so hard to part from him.  And she certainly did not expect to feel this intense draw to his father.

Rancher Bear’s Surprise Package is another short but intense story in the Rancher Bears series.  Lucas’ reasons for searching for his possible child pale in the reality of holding his son.  This is no longer about the ranch but about keeping Mason safe and Sammie with them for a lifetime.  But he totally messes up explaining the situation and he comes close to losing the one woman who is meant for him.  Danger will creep up on them, and another brother will take a step closer to madness before this is resolved.

I’m enjoying this series.  Although the stories are short, they are heartfelt and interesting.  Of course, definitely sexy.  I liked Lucas and Sammie together, of all the brothers so far they felt the most natural to me from the start.  And finally there is some resolution to that stipulation that’s caused so much trouble.  I’m looking forward to picking up the next story in this sexy, intriguing series.