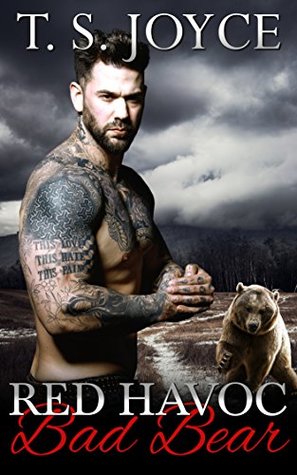 The countdown is on. Crazy Lynn Matheson has six days until she’ll join all the other shifters who have lost their minds and been put down by their alphas. All she wants to do is get through the next week with the Gray Back Crew as quietly as possible, but some of the big, dominant males in Damon’s Mountains are pushing her to fight her destiny. The main culprit? A tatted-up, motorcycle-riding, trouble-making giant of a man named Jathan Barns. He’s watching her every move, angering the panther inside of Lynn. She wants nothing to do with love, but Jathan is stirring up emotions she never thought she would feel again, and now he’s making her question everything—her destiny included.

The countdown is on. Jathan Barns has six days to save Crazy Lynn. She fell apart when she left Damon’s Mountains, and now no matter what it costs him, he is determined to keep her alpha from putting her down. He would fight every shifter on earth to keep her safe, but he can’t save a half-crazed panther shifter who doesn’t want to save herself. The plan is simple: manipulate Lynn into being the tough girl he knows she is, without losing his heart in the process. But the more time he spends with her, the more he learns things aren’t always what they seem. She isn’t weak like he thought, and as he begins to understand her, it becomes clear that her broken panther might be just the right match for his Bad Bear.

This series is part of the overarching set of series that make up Damon’s Mountains.  All of those series, and their links to their review posts can be found on my T.S. Joyce page.

I don’t even have the words to explain the incredible impact Red Havoc Bad Bear has on this series, and even the entire Damon’s Mountains universe.  If I could give it 10 stars as a rating I would in a heartbeat.

This is an incredible story and one you should read for yourself.  If you have read any of the connecting series of Damon’s Mountains or Red Havoc Panthers then this is a must read story.  And I do not use that “must read” phrase often at all.

This is Lynn’s story and she is so much more than we could have ever imagined.  The reasons she became the out of control panther looking for her own death are so heartbreaking it is impossible to put that into words.  We’ll discover her journey to this time, and meet the man who can bring her back to life.  Jathan is a man who doesn’t believe in fated mates or love, yet he goes out of his way over and over to keep Lynn from being put down.  In time he will begin to discover why she is as broken as she is now and his mission changes to keeping her alive to helping her live free of the demons, the guilt, the burdens.  Live as her unique self.  Live as his amazing mate.  He will never, ever give up on her and that belief shines through every encounter we read.

I am not afraid to admit that I love these “crews” so very much.  It was delightful beyond words to once again have Willa so prominent in a story.  She never changes and this “Almost Alpha” is as loving, crazy and funny as always.  We’ll run into or hear of all the characters we’ve come to enjoy over these series in one fashion or another.  I honestly never want to give the connection with Damon’s Mountains up.  And, even though this is the final story in the Red Havoc Panthers series, there is another connecting series beginning next month.

Read this story.  You will not regret it.  My thanks to T.S. Joyce for bringing us this amazing universe.  I’m thankful you shared your imaginary characters and voices in your head with us all.  What an amazing journey – that’s not over yet.