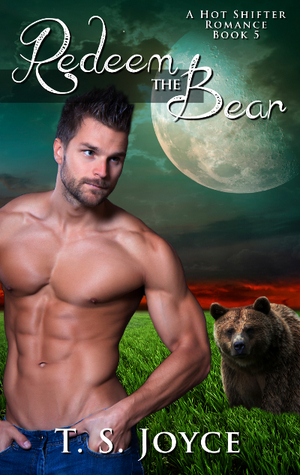 In the gripping final book in the Bear Valley Shifters saga, Corin Dunbar is still living with the ghost of the boy who died saving her life from the wrath of the Long Claws ten years ago. Unable to move on, she’s settled in the sanctuary of Bear Valley with the other bear shifters she has grown to rely on. On the eve of war with the murderous clan, she encounters a familiar man outside her camp. He’s colder than she remembers. He’s now the alpha of the clan she is about to go to war with. But she’s desperate to find out if he’s the boy she used to know.

Brooks Butler has fought hard to become alpha of the most feared bear shifters in the world, and just in time to lead his people into an epic battle against the enemy—Bear Valley. Unfortunately, a beautiful woman who swears he’s someone else won’t leave him alone. He doesn’t have time for a meddling female to mess with his head, but a night in her arms makes him question everything.

Determined to prove his place, Brooks will bring the remaining bear shifters together for one final legendary showdown. Yet the mysteries surrounding Corin confound him, and her beauty beguiles him. If he can unravel the secrets between them before the battle takes place, he just might have a shot at redemption.

Shifters love nothing more than physically showing their love and devotion to their mates – so this is an 18+ reader story.

Read on for my thoughts on Redeem The Bear.

War has finally come between the Bear Valley clan and the Long Claws clan.  The death of the Long Claws’ Alpha has opened the way for a new leader to take over.  The new Alpha could declare war in revenge for the killing of their Alpha, although that killing was justified for Nathan’s actions – or he could lead his clan in a new direction of peace between the different bear shifter clans… only one man can now make that choice.  A man hellbent on revenge.

Brooks had waited for this day, the Alpha Challenges would roll on but he knew that at the end of the day he would be the Long Claws new Alpha – and then he would lead them to war and revenge.

Corin had long been half alive.  Oh, she functioned, held down her job, kept up her tiny home – but her heart had died years ago along side the young boy who she’d loved and who had been promised to her as the mate of her heart.  After the Long Claws attacked her former clan, the Kodiak and destroyed almost every living creature she had found sanctuary, if not peace with her new clan the Bear Valley clan.  Now she would face the Long Claws once more, but this time as an adult not a child who ran when her mate told her to run to safety only to lose him to that attack.  She knew that chances were that she would not survive this battle, but her’s would not be the only death on this battlefield.  She would take as many Long Claws with her into that sweet night as she could – maybe then she’d feel revenged for the loss of Daniel, the love of her life.

On the eve of battle, as both Alphas met to talk once more – Riker to explain why Nathan was killed and to offer a peaceful solution – Brooks to hear for himself how his Alpha had died and to face the Alpha who’s clan he would annihilate come the morning.  Corin has seen the stranger across the meadow that would become a battleground – he was familiar to her but it couldn’t be… Daniel was dead.  As the Alphas held their conversation, Corin crept close enough to get a good look at the enemy Alpha.  How could this be?  Daniel was not a violent men, he would never… but this Brooks was the boy she had loved, still loved – she knew it in her soul, but how and why was he planning to wipe out her clan.

Corin’s reaction to Brooks did n’t go unnoticed and when the Alpha’s mate makes one last desperate plea for Corin to try to stop the coming war by talking with the enemy, the man who swore was not her Daniel.  She would try – her death was coming anyway be it tonight sneaking into the enemy camp or on the battlefield tomorrow.  It was a chance to know and she would take that one chance.

Redeem The Bear brings the Bear Valley Shifters series to a satisfying conclusion.  While there are a few things, a few people that might be an interesting addition or even another series at some point, for me at least, I was well satisfyied with the ending of these strong shifters and their amazing mates.  Of course there is much more to the story than I’ve touched upon in this review.  But in this action packed and emotionally charged final story, you need to finish it for yourself.  It was an amazing journey and this ending pulled it together in a way that makes complete sense.

I loved my time spent with these characters and would not hesitate to recommend this series to any lover of Shifter Romance.  This one stayed with me long after the last page – give it a chance, I believe you’ll discover some hot and sexy people to fall in love with and a story that holds you in its grip until the last word.