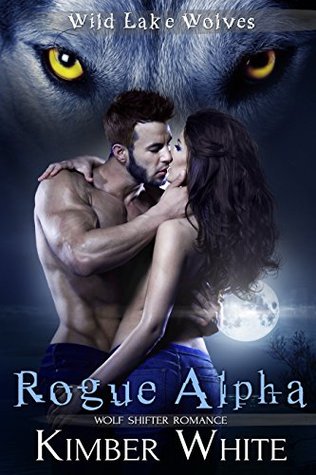 If you are a reader who needs to have the Hero and Heroine’s backstories revealed within the current story you’re reading, then I would strongly suggest that you read the five part serial Claimed by the Pack before beginning this series.  The Hero, Mal’s story began in Claimed by the Pack, this new series is deeply connected.  The Mal we meet today, while strong, dominant and determined is a different Mal from the previous serial.  Now, I’m not a huge fan of serials – I don’t happen to like cliffhangers, At. All.  Yet, it does help to set the tone for the Wild Lake Wolves series.  Is it a necessity to enjoying the beginning of the new series?  Absolutely not!  I mention this because there are readers who will give up on a story if there is no background to explain why characters are doing what they do – and that would be a shame because this is a good story.  There are hints, we know that the Hero and the nasty piece of crap Villain have a history – if that’s enough for you then you’ll be quite happy with this story.

Malcolm and Laura make a believable couple who meet under extreme circumstances.  There are more than one villain in this story and the lesser evil one makes moves on Laura that are not wanted.  When she fights him, he gets even more nasty and physically hurts her it’s then that the black wolf that she’d encountered in the forest earlier comes to her aid.  She doesn’t question how or why she simply escapes with her life.

Their lives are now intertwined, the enemy of one is the enemy of both.  Mal is a lone Alpha wolf on a mission to destroy one crazed Alpha and rescue his pack.  It’s not going to be easy yet with the strong, stubborn woman by his side – it just became more likely to succeed, and far more dangerous for his mate.

Rogue Alpha is a tense, engaging and sizzling sexy story.  It sets up the rest of the series with enough connections to make it easy to dive into the entire journey with Mal, Laura and their pack.  As I mentioned earlier, if you aren’t going to read Claimed by the Pack, then there are some story blanks that you are simply going to have to take on faith.  That is my only real complaint with this one – honestly,I wish that Malcolm’s reasons, a touch more of his history with this crazed Alpha he’s searching out had been explained.  It just so happened that I had read the previous stories so I wasn’t lost – but I shouldn’t have to make the choice to go buy a previous series or not to fully enjoy the story in front of me.  Simply my opinion, but it could have been handled differently.  This doesn’t take away from a good story, but it could have been better for that reason.

If you love Shifter Romance, I believe you’d enjoy Rogue Alpha and the Wild Lake Wolves series.  It appears that this is going to be an intense and interesting series to follow.

I read this story through my Kindle Unlimited subscription.  For ten dollars a month you get access to thousands of really great stories across all genre, and the authors gets paid for you reading the story through to the 100% mark.  It’s a win-win.  Probably the best 10 bucks I spend a month.